The World Cup is undoubtedly the biggest stage of all when it comes to major football competition, with this summer’s Finals in Russia bringing together some of the biggest names in the game. The tournament gets underway on 14th June, with the final taking place just over a month later in Moscow. With the likes of Germany, Brazil and Spain among the former winners set to battle it out for glory this time around, many are already waiting in anticipation of a hugely entertaining competition.

For those looking to back their favourite teams and players throughout the tournament, our World Cup Betting Guide is the perfect platform to find out everything there is to know ahead of the opening kick-off at the Luzhniki Staidum.

About the World Cup 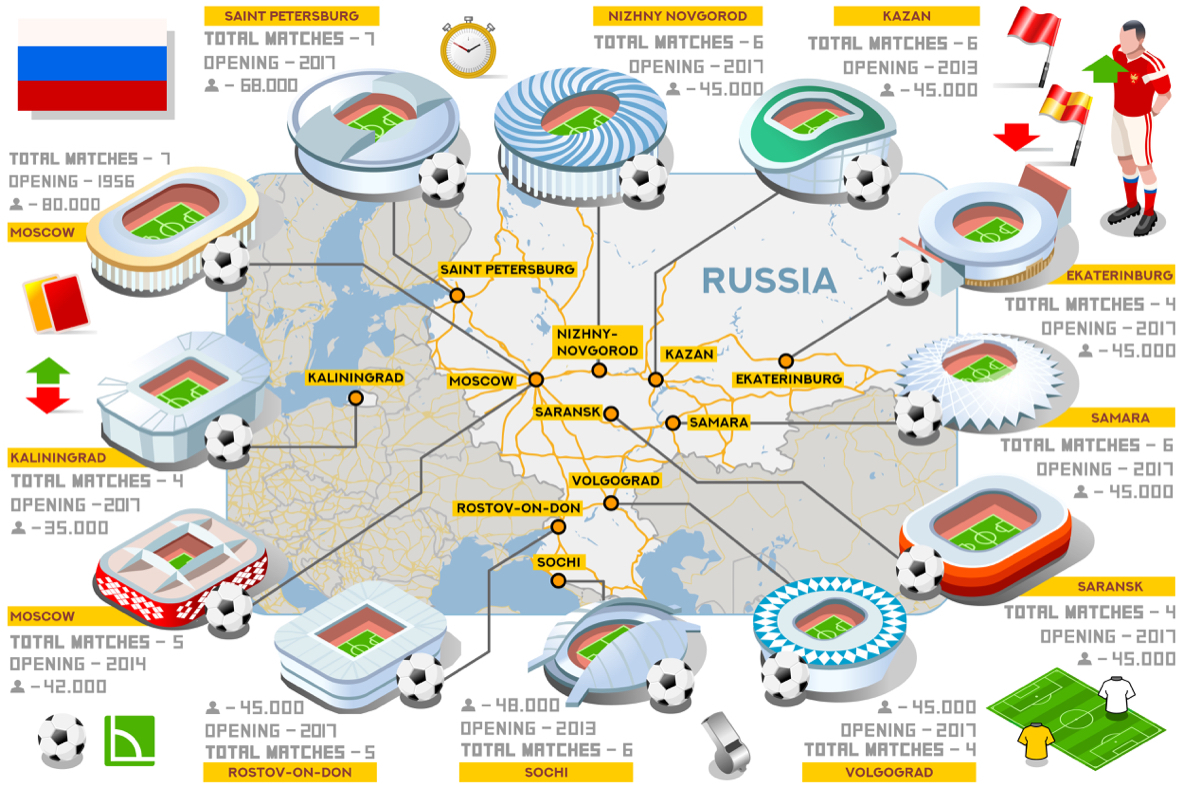 Whether it be understanding how the tournament works, which betting markets are available, the favourites for the title or which player will finish as top scorer, we have all bases covered in our guide. With this year’s competition set to attract more interest than ever before when it comes to wagering, due to the sheer volume of world class talent on display, there has never been a better time to back some of the most recognisable teams and players from the beautiful game. All bookmakers discussed in our guide are 100% reliable, with some of the best odds around meaning that some significant earnings can be made during the tournament in Russia. Let’s first take a closer look at the format of the competition, with 32 nations making up the draw.

The 32 teams involved in the 2018 World Cup have already been divided into eight different groups, each featuring four nations. Only those nations finishing in the top two places in their respective group will qualify for the knockout stage of the tournament, with each team playing three matches in the opening round. The Round of 16 see’s the 16 best teams battling it out for a place in the latter stages of the World Cup, with the final set to take place at the Luzhniki Stadium on the 15th July. Germany head into the competition as the reigning champions, however Joachim Low’s side are certain to face severe competition this time around. So now that we fully understand how the World Cup works, let’s take a look at the groups, as well as the teams involved. 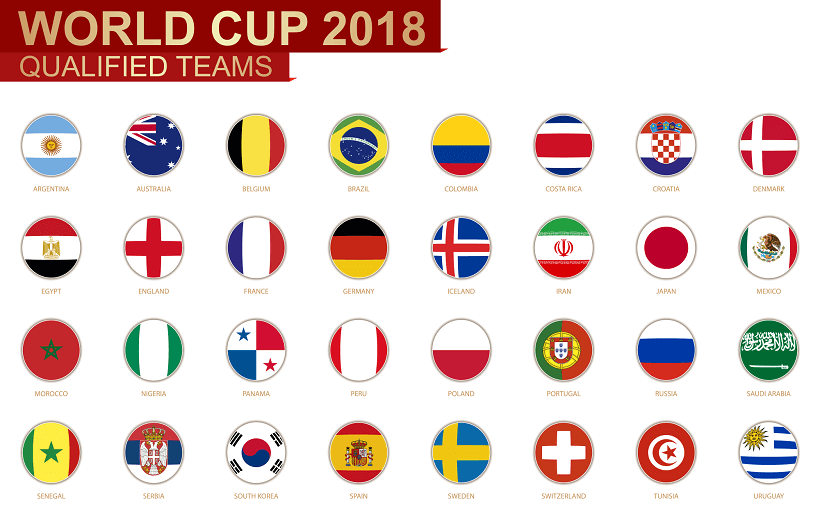 Hosts Russia are joined by Egypt, Uruguay and Saudi Arabia, in what is perhaps one of the hardest groups to call at the World Cup. However, with Uruguay having the firepower of Edison Cavani and Luis Suarez to call upon, it comes as little surprise that the South American’s are the favourites to top Group A. Meanwhile, having enjoyed a memorable first season with Liverpool in the Premier League, Mohamed Salah could well lead Egypt to a surprise showing in Russia. Meanwhile, minnows Saudi Arabia are likely to find things tough this summer, with no big names to call upon.

Odds – To finish top of Group A

The big talking point in Group B is undoubtedly the opening clash between Euro 2016 winners Portugal and neighbours Spain, with the European giants both hoping to make it deep into the tournament in Russia. Both Iran and Morocco are unlikely to pose any significant threat, meaning that the encounter between Portugal and Spain is likely to determine who will finish top of the standings after three games.

Odds – To finish top of Group B

France are undoubtedly the favourites to top Group C, however after them, there is little to choose between the other teams. France reached the final of Euro 2016 before losing out to Portugal in front of their home supporters, with manager Didier Deschamps having a whole host of world class talent to call upon. Elsewhere, Denmark are currently the favourites to join France in the Round of 16, with Tottenham Hotspur’s Christian Eriksen having been instrumental in helping them reach the finals in Russia.

Former World Cup winners Argentina are joined by Croatia, Iceland and Nigeria in Group D, with Lionel Messi & Co hoping to make up for their final loss against Germany four years ago. The South American’s are the favourites to top the table after three games, while there is little to choose between the other nations involved. Iceland are featuring in their first ever Finals, while Nigeria are being tipped by many as one of the tournaments dark horses.

2014 hosts and five-time World Cup winners are the undoubted favourites in Group E, with Tite’s men also being backed by many to win the competition following their recent friendly victory over Germany. European duo Switzerland and Serbia will both be battling to join Brazil in the knockout stages, however with Costa Rica having shown their qualities four years ago, the battle for second place could well be one of the most fascinating stories of the competition.

Reigning champions Germany are joined by Sweden, Mexico and South Korea in Group F this summer, with Joachim Low’s side looking to make it comfortably through to the latter stages. It would certainly not be a surprise to see Germany finish their Group F campaign with nine points to their name, while Mexico are the favourites to join them in the Round of 16. However, with Sweden having beaten Italy over two legs to reach the finals, the Scandinavian side could well cause an upset.

England are joined by Belgium, Tunisia and Panama in Group G, however it is the Red Devils who are the favourites to come out on top after their three matches. Roberto Martinez’s men have the likes of Eden Hazard, Romelu Lukaku and Kevin De Bruyne to call upon, as well as a host of other talents from some of Europe’s top clubs, with their encounter with England potentially determining who finishes top of the standings. Elsewhere, Panama will play in their first ever World Cup Finals, while Tunisia are not expected to achieve much in Russia.

The final group at this summer’s World Cup is perhaps the most difficult to call, with little separating the four nations involved. Colombia were one of the stories of the 2014 Finals in Brazil, with the likes of James Rodriguez and Radamel Falcao making them a threat this time around too. Elsewhere, Liverpool’s Sadio Mane helps to make Senegal a significant threat, while Bayern Munich’s Robert Lewandowski is the standout player for Poland. An aging Japanese squad is unlikely to cause their opponents too many problems in Group H.

It is a rarity that an outsider wins the World Cup, with the likes of Germany, Spain and Italy having won the competition over recent years. As a result, there are a certain number of nations that are believed to be in with a good chance of lifting the famous trophy come the end of the tournament, including 2014 champions Germany. Joachim Low’s side qualified for the finals following a 100% record in their European group, conceding just four goals in ten matches. The European giants are available to back at odds of 9/2 with Ladbrokes, with the likes of Ozil, Kroos and Sane meaning that they are strong candidates in Russia. 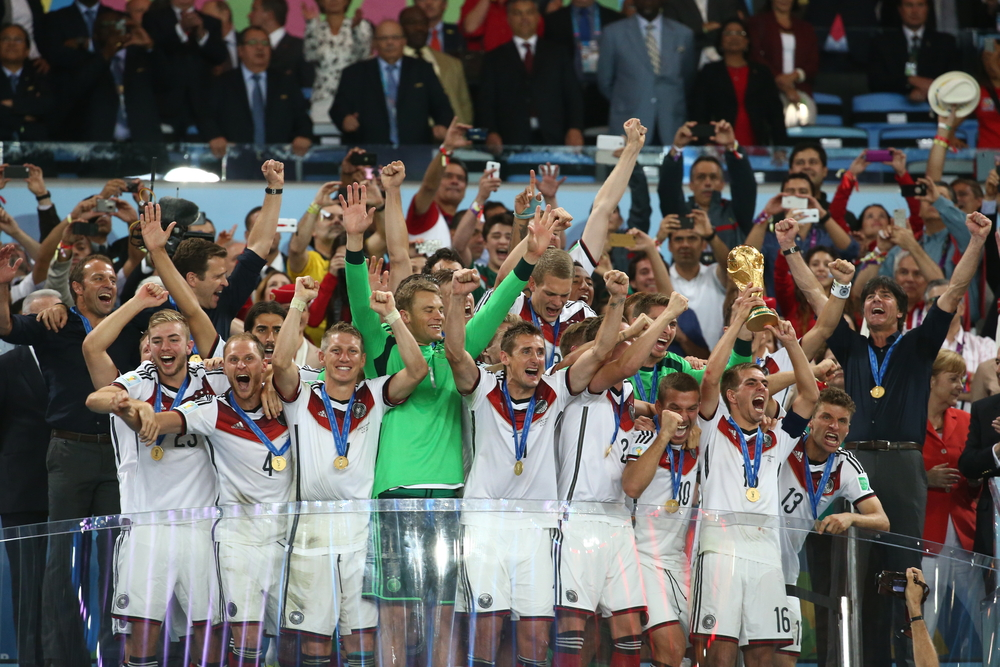 Meanwhile, South American’s Brazil are among the favourites every four years, with Tite’s men hoping to make up for their 7-1 defeat against Germany at the semi-final stage in front of their home fans four years ago. A host of skilful players help to make up their playing squad, with Green and Yellow having also qualified for the finals with ease. Brazil are the favourites with many bookmakers ahead of the tournament, with best odds of 5/1 available with William Hill. Elsewhere, the likes of Spain, Argentina and France regularly feature in the latter stages of major tournaments, with all worth considering this year also.

Belgium are a team well worth backing ahead of their opening match, with former Everton boss Roberto Martinez having led the European side to a near faultless qualifying campaign. The likes of Eden Hazard, Kevin De Bruyne and Romelu Lukaku help to make up their starting eleven, with the Red Devils hoping to make up for their exit to Wales during Euro 2016. Elsewhere, having lifted the trophy in France two years ago, Portugal are another team predicted to go well in Russia, with Real Madrid’s Cristiano Ronaldo hoping to add to his World Cup tally also. 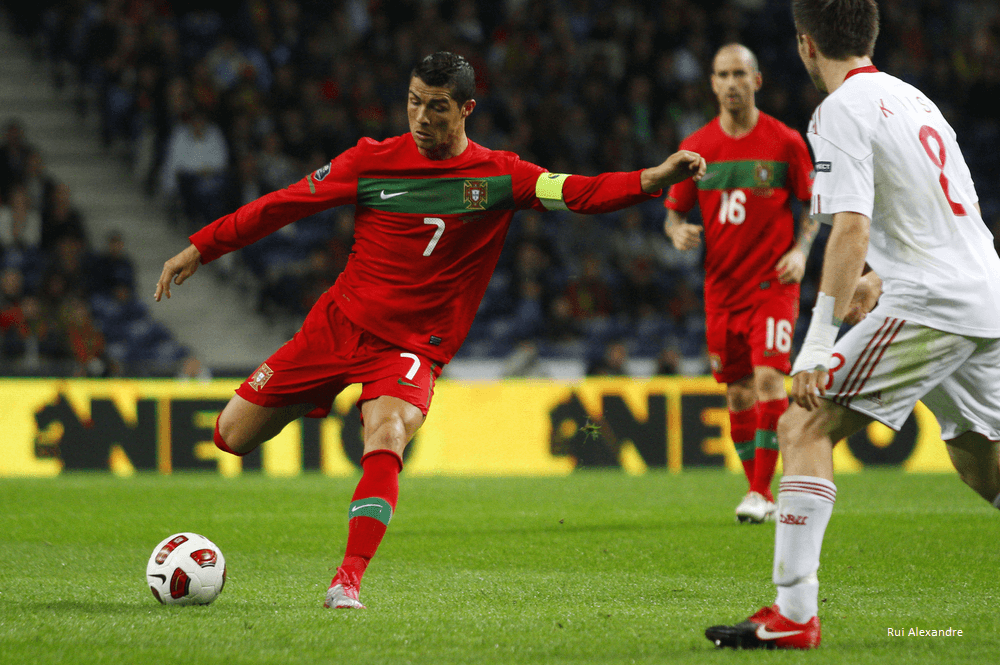 The European duo are available to back at respective odds of 11/1 and 25/1 with NetBet. Meanwhile, having been one of the most entertaining sides four years ago, only to lose out narrowly to hosts Brazil in the quarter finals, Colombia are another outsider worth backing, with the likes of James Rodriguez and Radamel Falcao providing a significant goalscoring threat for the South American’s.

The likes of James Rodriguez, Thomas Muller and Brazil’s Ronaldo are among the previous winners of the coveted Golden Boot award at the World Cup, with this market always attracting major interest from betting customers. As a result, the following players are currently among the favourites for the award this year: