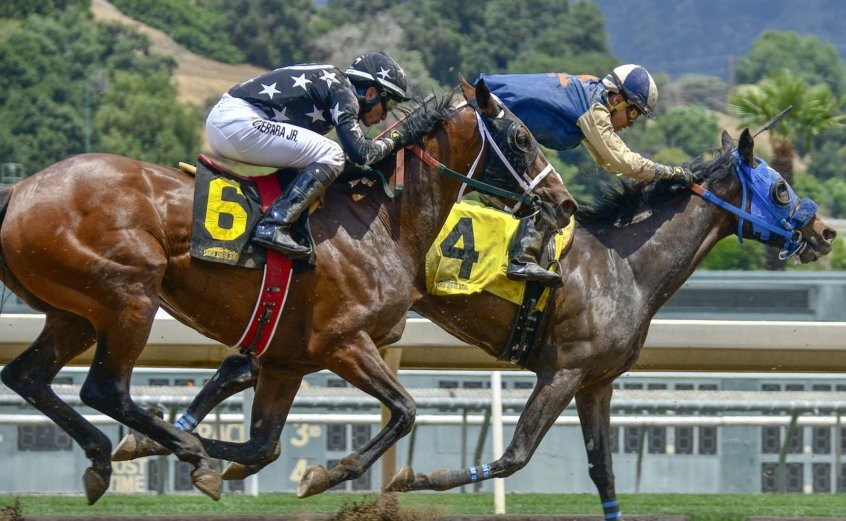 The 2019 Grand National takes place at Aintree Racecourse near Liverpool on Saturday 6th April at 5.15pm BST. It is regarded by many as the highlight of the jump-racing calendar and is the ultimate test for both horse and jockey, with 40 horses competing, over 30 sizeable fences over a course of 4 and a half miles.

The three days of racing at Aintree see over 150,000 spectators in attendance to cheer on the runners and riders and the Grand National race is one of the most watched horse races in the UK and across the world.

About the The Grand National

The Grand National is the most lucrative jumps race in Europe, with the winner and connections picking up over one million pounds whilst it is a race known for its unpredictability with only nine starting favourites going on to win the National in the post-war era.

The festival at Aintree is notoriously one of the biggest in world racing with the Grand National being the culmination of the event. The three-day event sees horses from all over the world descending on Merseyside.

The race is seen as a prominent sporting event in British culture and is incredibly popular amongst many people who do not normally watch or bet on horse racing at other times of the year. The race is shown on terrestrial TV in the UK, adding to the profile of the event once more.

Whilst the challenges the jockeys and horses face are revered, the event has come into scrutiny in recent years with animal rights welfare groups questioning the suitability of the race. The jumps at the Grand National are far bigger than at other courses whilst the distance of in excess of 4 miles, tests the horses to the limit.

The field of 40 horses is trimmed from over 100 applicants by the British Horse Racing authority and is confirmed a few days in advance of the race. A handicapping system is in place to maintain an even playing field but with the riches on offer, some of the biggest and best horses in the world will be in action.

The Aintree course is famed for its difficulty. Here are some of the most notorious fences at the course:

Last year the race was won by Tiger Roll, a horse known for its staying power and he is looking to become only the second horse to defend the National successfully in the post-war era – the only other horse to achieve this feat was Red Rum.

With last year’s race determined by a photo finish, the 2019 incarnation of the Grand National will have a lot to live up to but with the atmosphere at Aintree sure to be electric, it promises to be a fascinating day of racing ahead.