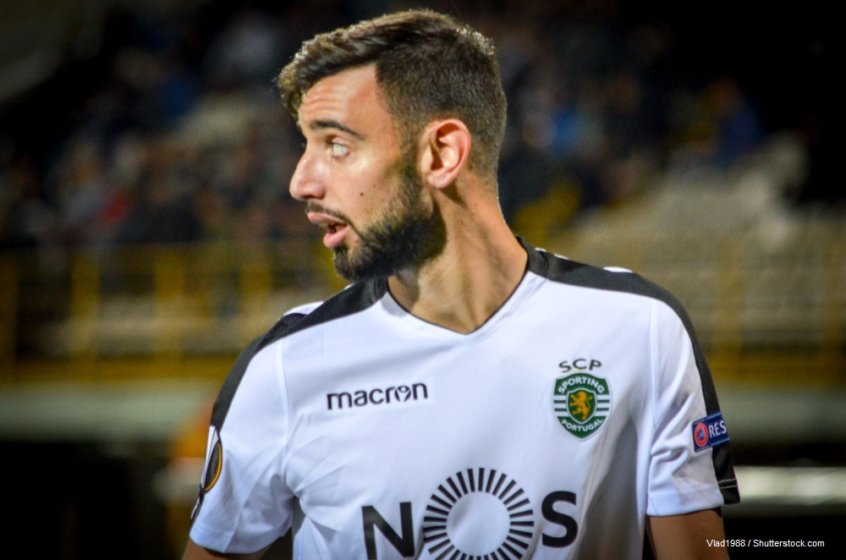 Bruno Fernandes enjoyed a fantastic season with Sporting Lisbon in Portugal.  During the 2018/19 Liga NOS campaign, the midfielder scored 20 goals in 33 league appearances plus created 13 goals for his teammates.

It was an incredible return for a team which finished third in the league, some distance behind the top two.  Fernandes was just 3 goals off being the top goal scorer and finished second in the assists chart, not bad for a player operating in midfield. Fernandes has had an interesting club career to date and despite being only 24 years of age he has played for both Udinese and Sampdoria in Italy.  However, his form this season has seen him linked with a big money move to the Premier League.

Throughout the 2018/19 season, Fernandes was heavily linked with a move to Manchester City. Portuguese international teammate Bernardo Silva is thriving at the Etihad and it was thought a deal for Fernandes was as good as done.

However, it appears Pep Guardiola has switched his intentions to Rodrigo Hernández of Atletico Madrid.  If a move for the Spaniard comes off, it is unlikely they are going to bring in Fernandes at the same time.

The odds for Fernandes moving to Manchester City in the summer window have moved out to 9/1 with Coral.

This could pave the way for local rivals Manchester United to step in and make a deal for the player. Ole Gunnar Soskjaer is attempting to rebuild the squad by signing young players who perhaps do not have the star name of previous singings by the club.

Fernandes fits the bill nicely and would be a welcome addition in attacking midfield for the club.  With the future of Paul Pogba up in the air, Fernandes could be the man to come and start making Manchester United tick again in midfield.

Manchester United are now the favourites to sign Fernandes, with a deal close to £65 million being reported in the press.  Fernandes is just 8/15 with William Hill to sign for Manchester United before 3rd September.

Tottenham Hotspur have also been linked with a move for Fernandes in recent weeks.  However, much like Manchester City, they seem to have altered their sights a little and are now concentrating their efforts on a deal for Lyon’s Tanguy Ndombele and Paris Saint-Germain’s  Giovani Lo Celso.

Pochettino also has his work cut out trying to sign Christian Eriksen to a new deal as it has been reported the Dane could be leaving this summer. Fernandes is 12/1 with Coral to join Spurs this summer.

Perhaps Fernandes future lies away from the Premier League and Atletico Madrid could make a double Portuguese singing this summer. It is thought Diego Simeone is going to capture the signing of Joao Felix and Fernandes could join his fellow Portuguese international at the Wanda Metropolitano.

Fernandes is 21/10 with Coral to join Atletico Madrid before the transfer window closes.