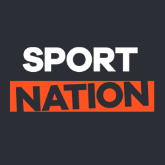 Jose Mourinho was sacked by Manchester United on Tuesday morning following the clubs dreadful start to the Premier League season, with speculation already mounting as to who will replace the self-proclaimed “Special One”. United have announced that an interim boss will be put in charge until the summer, when a permanent manager will be selected.

As a result, many names are being thrown into the ring already, including the likes of Zinedine Zidane, Diego Simeone and former Monaco boss Leonardo Jardim. However, the current favourite with the majority of bookmakers is current Tottenham Hotspur manager, Mauricio Pochettino. The Argentine forms the basis of the latest offer from bookmaker Sport Nation, who are offering new customers the chance to back him at odds of 66/1 to be the main man at Old Trafford next season.

With this price being significantly better than anything else online at present, those hoping that Pochettino will be on the touchline at Old Trafford in the near future should undoubtedly take advantage of this offer. For those interested, let’s take a closer look at the terms and conditions surrounding this latest new customer offer from Sport Nation.

Due to the nature of this offer, only those registering a new account at Sport Nation are able to take advantage. However, given the constant football offerings on their platform, their sportsbook could well be new platform for you for the remainder of the football season. The promo code SNENHANCED must be entered at the time of registering.

For those looking to take advantage, sign up at Sport Nation, before making an initial deposit of £5 via mobile or online. Having done so, new customers will be able to utilise odds of 66/1 from Sport Nation for Mauricio Pochettino to be named the next permanent Manchester United manager, with a maximum £1 stake. Should another name be appointed instead, punters will receive a £5 free bet as a result.

So what are you waiting for? Register with up and coming bookmaker Sport Nation today, before backing Pochettino to make the move from London to Manchester.