The quarter-finals of the 2019 Africa Cup of Nations will continue with the tilt between Nigeria and South Africa, and after eliminating the hosts Egypt, Bafana Bafana cannot be underestimated.

Nigeria opened this AFCON with a couple of tight 1-0 victories, but Madagascar surprised them in the final game of the group stage. The Super Eagles came from behind in the 1/8 finals to beat Cameroon 3-2 in probably the best game at the tournament so far. On the other hand, South Africa were underdogs in a clash with the hosts and biggest favourites Egypt, but they successfully stopped superstar Mohamed Salah and earned a tight 1-0 win.

Nigeria are slight favourites in this one, but we already witnessed a few upsets, and it wouldn’t be that surprising to see Bafana Bafana going to the semis. 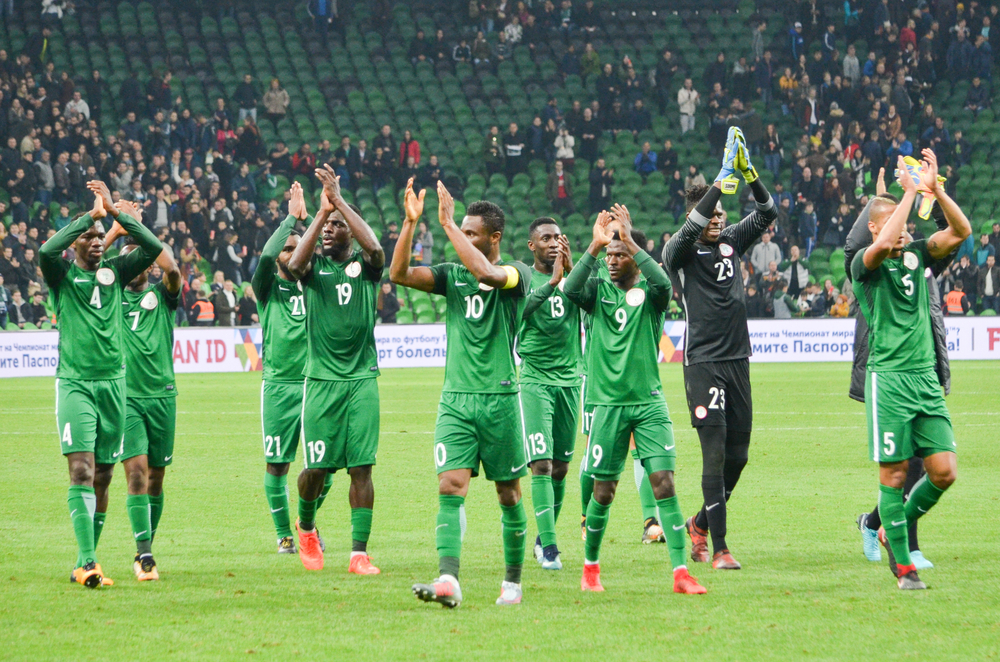 A goal-fest ensued in the Africa Cup of Nations round-of-16, as Nigeria recovered from a losing position at half-time (2-1) to run out 3-2 winner in a thrilling encounter with Cameroon. Now, the Super Eagles look to carry on an impressive quarter-final run, which has seen them go further than this stage in six of their last seven AFCON appearances.

Notably, four of Nigeria’s six victories in AFCON quarter-finals since the turn of the century have come by a single-goal margin with three 2-1 wins, while the other two were attained through a penalty shootout.

Odion Ighalo scored either side of half-time to open the scoring and equalise in said win over Cameroon. Four of Nigeria’s five 2019 victories have come by a single-goal margin.

Having seen ten of their last 12 games produce under 2.5 total goals in 90 minutes, South Africa find themselves in the final eight of this tournament for the first time since hosting it in 2013. Bafana Bafana have failed to proceed in two of their last three quarter-final appearances, with the sole victory ending 1-0.

Despite winning as the outsiders, against hosts Egypt last time out, South Africa have been willing underdogs in 2019. Indeed, they have failed to score in three of four competitive matches as outsiders this year, with all four of those matches notably being goalless at the break (W1, D1, L2).

With three yellow cards and a goal, Bongani Zungu has either scored or been booked in each of his last four international appearances.

Nigeria and South Africa have met on 14 occasions since 1992, and the Super Eagles are leading the H2H duels with seven wins; Bafana Bafana have two with five draws. However, Nigeria is without a win in the last five encounters (four draws) while the latest clash in November 2018 ended 1-1. There have been three red cards shown across the previous six H2Hs, with two for South Africa. South Africa boss Stuart Baxter is unbeaten in two encounters with Nigeria head coach Gernot Rohr (W1, D1). Both managerial meetings to date have produced under 2.5 match goals.

None of South Africa’s previous six games produced goals on both ends, which was the case in six of Nigeria’s last seven matches. Still, backing both teams to score NO at 1/2 is not something we would suggest because three of the last four H2H meetings produced goals on both sides. We’re not going to back BTTS Yes either, but we have one particular bet for you instead.

Bafana Bafana’s four games at this AFCON produced zero goals in total while Nigeria’s games also tend to provide more goals in the second 45 minutes, and that’s why we’re backing the 2nd half as the one with most goals at 5/4 with bet365.