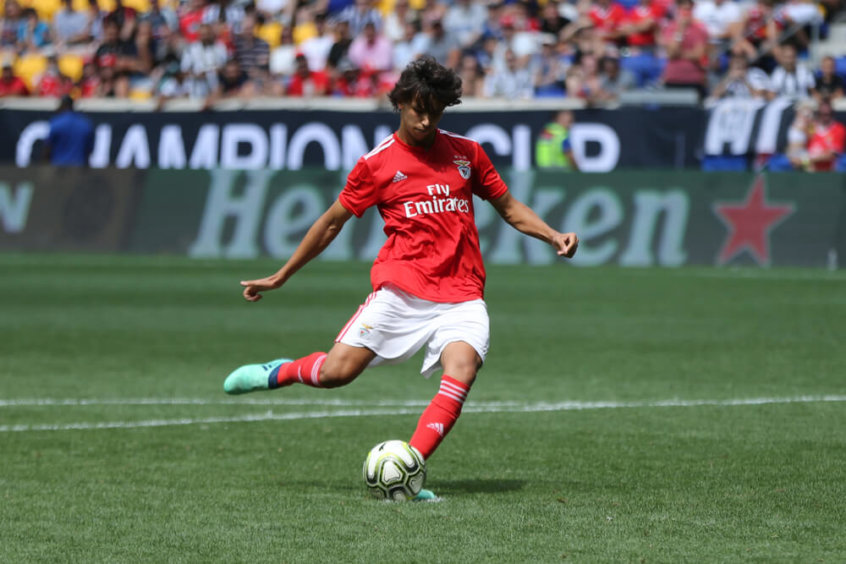 Joao Felix on the Radar of Top Clubs

The January transfer window has been shut for some time but clubs are still attempting to secure deals ahead of the summer.  While there are many big name players who could be on the move when the transfer window opens, there are plenty of younger players in Europe who are also being lined up for a transfer.

Felix on the Rise

One of those players is Joao Felix of Benfica.  The 19-year-old forward plays as second striker rather than an out and out striker and after 14 appearances for Benfica in the Portuguese league this season, he has 7 goals to his name.

Felix has also netted 4 goals in seven games for the Portugal under-21 team and is a rising star of the Portuguese game. 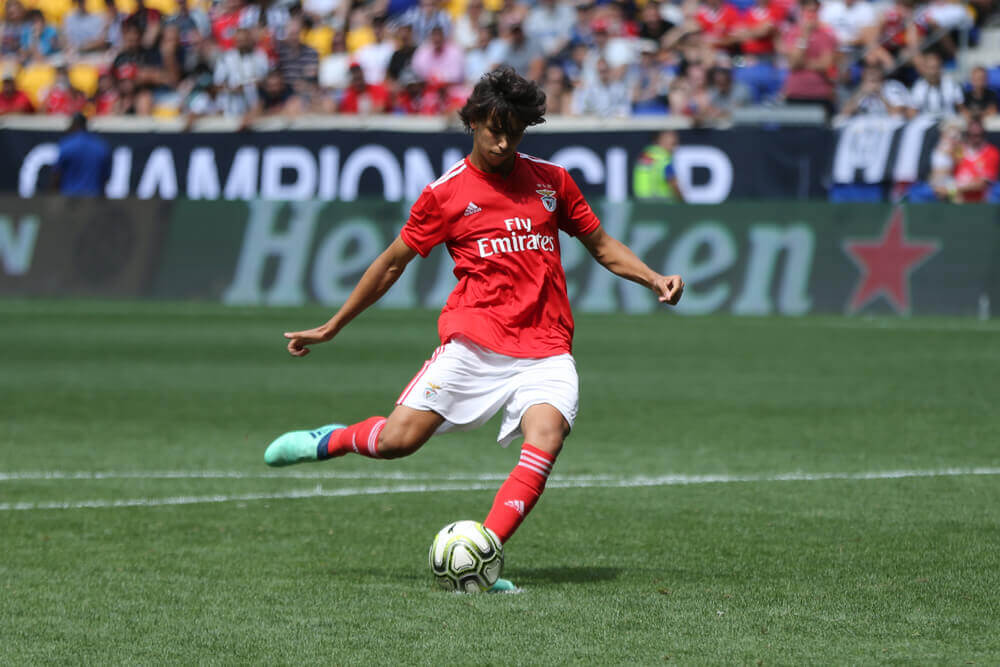 He became the youngest player to score in a Lisbon derby earlier this season having only played 30 minutes of top-flight football in Portugal.  Felix has been compared to Kaka in his playing style, with an eye for a pass and the ability to glide beyond defenders and score goals himself.

Cutting in from the left and using his right foot has been something Felix has employed with good effect but he has also played several games centrally, in a 4-4-2 formation, where the bulk of his goals have come from this season.

Felix looks very slight of frame and that is the reason given for why Porto let him go earlier in his career.  However, Benfica have given him a regime to help him build his strength this season and that seems to be paying off.

Still wearing braces, Felix looks like a boy playing among men yet when gets the ball, it is easy to see why many club scouts from around Europe have attended Benfica matches this season.  Able to play anywhere across the front-line, Felix has an ease on the ball which allows him to glide away from players and create chances for himself and his teammates.

His performances this season have seen the player linked with a big money move away from Portuguese football and Manchester United have been touted as a potential destination.  The Red Devils famously took Cristiano Ronaldo from Sporting Lisbon to Old Trafford and recently raided Porto for their full-back, Diogo Dalot.

There is still the big question mark of who is going to be in charge at Manchester United next season but that will not stop the club for making a move in the transfer market, especially for a talent like Felix.  Manchester United are 5/1 with BetVictor to sign the player in the summer.

Paris Saint-Germain and Juventus are also 5/1 to sign Felix but there is one club ahead of all three in the pecking order according to the bookies and that club is Wolverhampton Wanderers.

Wolves have a Portuguese manager, several Portuguese players and strong connections with agent, Jorge Mendes.  Wolves is perhaps not the first place you would name as a potential destination for a top young European player but they have been playing well in the Premier League this season and with their strong Portuguese influence, a move for Felix could be on the cards this summer.

BetVictor offer 4/1 for Felix to make the move to Molineux.