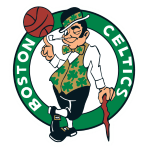 The last day of November will bring a rematch of last season’s Eastern Conference Finals between the Boston Celtics and the Miami Heat. The Celtics are the best team in the NBA at the moment and are a major favorite when the Heat visit TD Garden on November 30, 2022.

The Boston Celtics are on top of the Eastern Conference with a 13-3 record. They are currently on a nine-game winning streak. The last time they lost was November 3 when they failed 114-113 in overtime against the Cleveland Cavaliers.

It seems like the coaching change for the Celtics made no difference in the team’s success and Joe Mazzulla is doing a great job with the C’s so far in the season.

Jayson Tatum is the best player on the Celtics team and one of the front-runners for the MVP award. Tatum is the sixth-leading scorer in the league at the moment with 30.3 points per game and he also adds 7.4 rebounds and 4.5 assists per game.

Jaylen Brown is another player who is consistent for Mazzulla’s team as he adds 25.3 points and 6.9 rebounds per game.

Robert Williams III and Danilo Gallinari are out for the Celtics.

The Miami Heat are currently in 11th place in the Eastern Conference which is far lower than any prediction. The Heat have lost the last three games as their top two players Jimmy Butler and Bam Adebayo are out with injuries.

Butler in general is having a decent season with 20.9 points, 6.6 rebounds and 6.1 assists per game. Bam Adebayo is having another season that may lead him to the All-Star game with 19.2 points and 8.9 rebounds per game.

Tyler Herro is the player who has made the biggest leap this season. He won the NBA Sixth Man of the year last season and now is promoted to the starting lineup. That move has proved to be perfect for him as he averages 19.6 points per game.

Duncan Robinson and Udonis Haslem will miss the game against Boston while Jimmy Butler is questionable.

The Boston Celtics have won 3 of the last 5 games against the Miami Heat.

This is one of the toughest matchups the Eastern Conference can bring. Things are even more heated after an amazing series in the last year’s Playoffs when the Celtics won Game 7 on the road in South Beach to advance to the NBA Finals. The Celtics are still on that level which is not the case with Miami.

The Heat are in the bottom five teams in the conference and this game will not help them go any higher. Jimmy Butler and Bam Adebayo have missed significant time in the past two weeks and that has dropped the Heat in the standings. The Celtics have no such issues and Jayson Tatum and Jaylen Brown are playing on an All-Star level.

Malcom Brogdon is back from injury and he shows why has been maybe the best signing in the off season. At this point, the Celtics are a much better team than the Heat and Miami will not be even close to winning in Bean-Town.