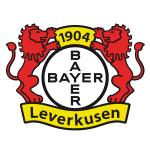 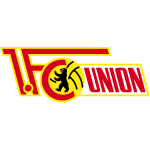 Top match in the BayArena! This coming Sunday afternoon, Bayer 04 have a real opportunity to turn the tide. On matchday 13 of the Bundesliga, Bayer Leverkusen will host 1. FC Union Berlin in a clash of Euro League participants. The home side is in miserable shape this season and is hardly recognisable. As a result, the Werkself find themselves in the relegation spot after 12 games with just 9 points, while the visitors are considered the surprise team of the season.

The Union still occupy 1st place in the table, while FC Bayern have managed to slip to within one point in the meantime. The task now is to regain the lead in the table against Leverkusen, who are in poor form, after the Munich team will advance against Hertha on Saturday.

The pressure is considered immensely high on both sides. Alonso’s team must turn the tide in order to catch up in the standings. At the moment, everything is considered technically close, which is why even the international starting places are still within reach if the teams have a strong run. Nevertheless, the Berliners are in top shape and highly motivated, even if the Werkself actually has the higher-quality squad. From the point of view of squad value, it is almost five times as high. For this reason, the bookmakers also see Leverkusen as favourites to win in front of their home crowd. The Union has lost its sovereignty in recent weeks.

Bayer 04 Leverkusen – Turning the tide against the league leader

Xabi Alonso had certainly imagined his start as head coach at Leverkusen to be different, because in the end the coaching change from Gerardo Seoane to the Spaniard had little effect. Although Alonso was able to celebrate a record with his coaching debut in a 4-0 win over Schalke 04, this is also considered to be the last joy to date. Since then, the Werkself has suffered 3 defeats in 6 games, while there have been no victories with 3 further draws.

Nevertheless, the Werkself managed to save themselves into the Europa League last Tuesday evening with a draw against Brugge. However, they did not owe this to their own performance, but to the support from Porto. The Portuguese double winners defeated Atletico Madrid by a narrow 2-1 margin and it is now quite possible that the Werkself will also meet the Union in the Europa League next year. For this reason, it is now important to defend compactly in front of the home crowd and to effectively use one’s own chances in front.

Urs Fischer’s team is coming up trumps in the current season, as after 12 match days the Eisernen still lead the Bundesliga table ahead of FC Bayern. However, the competition has not been sleeping either in recent weeks, while Union suffered a bitter 2-1 defeat to bottom-of-the-table Bochum on the penultimate matchday.
Now the Union managed to turn things around against Gladbach last weekend. In the 97th minute, the Eisernen scored the 1:2 winning goal, which allowed them to pass the Munich team in the last second. In addition, SC Freiburg, another rival, is considered to be close on their heels with only 2 points behind. If the visitors consequently lose the upcoming match, the long lead in the standings could not only be gone, but rather only the 3rd place in the standings could remain. It is imperative to prevent this worst-case scenario at the BayArena.

Our expert tip for Bayer 04 Leverkusen vs. 1. FC Union Berlin is a draw. The Werkself is clearly superior in terms of the quality of the individual players, while the form speaks for the guests. Nevertheless, they were not able to shine last week, which is why we are betting on a draw at the BayArena if the match is won. For this we get odds of 12/5.

Betting tip: “Union misses out on a leap to the top of the table – Bayern new league leaders”.

Both teams have surprised in the current season, one positively, the other negatively. Nevertheless, we expect a battle of equals in which goals will be scored on both sides. Consequently, we are betting at odds of 4/6 on both sides to score. We also assume that there will be a lot of space and offensive action. In the course of this, we bet on over 3.5 goals with odds of 15/8.