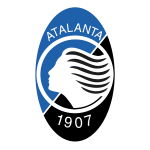 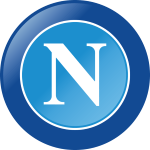 In round thirteen of Serie A, it is time for an absolute topper. Indeed, leaders Napoli will visit number two Atalanta Bergamo. Will Napoli manage to widen the gap to the rest yet again or will Atalanta do themselves and the rest of the league a huge favour? In this article, we look ahead to this Italian top match and provide you with our prediction with accompanying betting tip. We also take a look at who the bookmakers favour according to the odds.

Atalanta are having a very strong season. The team was unbeaten for a long time, but went down for the first time in Serie A two duels ago, losing at home to Lazio with Teun Koopmeiners, Marten de Roon and Hans Hateboer in the starting line-up. The Dutchmen have been playing an important role in the tough team from Bergamo for ages.

After 12 rounds of play, Atalanta are second in Italy with 27 points. It is five points behind leaders Napoli. A defeat by Atalanta would therefore make the gap very big. What is striking about the Italian number two is the number of goals conceded. The team only conceded eight goals in 12 games, making it the second least-passed defence in Italy after Juventus.

At Atalanta have two absentees. The first is Davide Zappacosta. He is struggling with a muscle injury. The second is Marten de Roon. The Dutchman recently suffered a thigh injury. On the face of it, it is a minor injury, so the World Cup does not seem to be in danger for him yet.

Napoli are the clear frontrunners in Italy and have proven on several occasions to have a very strong squad. After 12 matches, the club from Naples is still unbeaten in Serie A with 10 wins and two draws. Napoli’s matches this season have been attractive, as the team often manages to find the net. With thirty goals, the frontrunner is the most scoring club in Serie A.

In the Champions League, Napoli has also been very successful this season. They finished first in a group with Liverpool, Ajax and Rangers. The Amsterdammers can talk about Napoli’s strength, as they went down 1-6 and 4-2 against the Italians. In the last group game, Liverpool did end Napoli’s unbeaten status. At Anfield, The Reds won 2-0 thanks to two late goals. The question now is how the Neapolitans cope with the first defeat of the season.

Napoli can boast an almost fit squad. Only Amir Rrahmani is not deployable, but that should not be a problem for coach Luciano Spalletti.

Last season, both teams failed to make use of the home advantage. For instance, Atalanta won 2-3 at Napoli in an entertaining game. The team from Bergamo clawed their way back into the game after trailing 2-1 and eventually went home with three points. Later that season, De Roon was unable to fend off defeat with a goal. Indeed, Napoli won 1-3 on a visit to Bergamo. Thus, they were two goal-rich matches.

Both teams have started the season very strongly. Yet with Napoli, it is all a lot more convincing. Spalletti’s team is the frontrunner and also managed to become group winners in the Champions League. Last season, the clashes between Napoli and Atalanta produced fireworks twice. We expect an interesting match this time too. We think Napoli will increase the gap in Serie A, because our prediction is that Napoli will win. This betting tip yields a odd of 21/20.