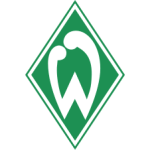 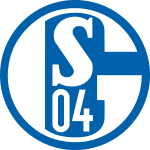 For the Saturday evening match of the Bundesliga, the promoted team receives the possible relegated team for an exchange of blows! For matchday 13, Werder Bremen host FC Schalke 04 in a game where a lot is at stake for both clubs. Werder have been a surprise team this year and can occupy 8th place in the table as a promoted team. With a win, it would even be possible to jump to an international starting position, which is why the home side is considered particularly motivated.

The guests from Gelsenkirchen, on the other hand, could not live up to their promotion ambitions, which is why they now find themselves in last place in the table. The relegation place is already 3 points away, which is why the Königsblauen need a win as soon as possible.

The pressure is high on both sides in Bremen’s Weserstadion this weekend. However, the home side is clearly in better shape and is considered to be clearly superior in terms of play. If we also take a look at the statistics of the past 5 encounters, the Bremen side can clearly decide these in their favour with 3 wins and 2 draws. For this reason, the Königsblauen can expect an immensely difficult match, as the Werder players inspire with their joy of play in the offensive. An element that the Schalkers are still completely lacking in the 1. Bundesliga.

Werder Bremen – Living up to their role as favourites for Europe

Ole Werner’s team has impressed in the current season as an immensely playful promoted team and has already been able to defeat several top teams. Their record of 5 wins and 3 draws from 12 games speaks for the promoted team, which is only 2 points behind a Europa League starting place. Dortmund, in 4th place, is also not far away.
In view of the great competition, the Champions League is considered unrealistic in the long run, but the Europa League or Conference League is the desired goal. Now it’s time for a clear victory against the last team in the table, because Bayern and Leipzig are currently the two teams with the strongest form by far until the World Cup break. For this reason, the points forecast for the next two Bundesliga games will be rather low.

Things could hardly be worse for the reigning second division champions in the current season. After 12 games, the Königsblauen have just 6 points, while the Schalkers have already made their first coaching change. Frank Kramer had to vacate his position as head coach, which is why ex-Bochum player Thomas Reis is now taking over in Gelsenkirchen.

The ex-Bochum player now faces a Herculean task, as the visitors have suffered defeat after defeat for the last 7 games in a row. As a result, they need to turn things around as quickly as possible in order to leave the relegation zone. For this, however, no measly draw will suffice for the Reis eleven, but only victory. The safe shore is already 5 points away, as the Schalkers have only managed to collect 6 points in 12 games. Now the question is whether the change of coach could unleash the necessary forces for a point win at the Weser Stadium.

Our expert tip for Werder Bremen vs. FC Schalke 04 is victory for the Werder team. The Werner team is clearly superior in terms of play, while the visitors could hardly be more insecure. In the course of this, we expect a confident performance from the host and bet on Werder Bremen to win the match. For this we get odds of 17/5.

Betting tip: “Bremen give Schalke no chance in promotion duel”.

Ole Werner’s team is clearly superior in terms of play, which is why we expect a big win. In the course of this, we bet on a -1 handicap bet and bet on a win for Werder Bremen. For this we get odds of 1.6/1. Furthermore, we assume that the Bremen team will score at least 3 goals. As a result, we bet on over 2.5 goals for Werder Bremen with odds of 1.74/1.