Manchester United were beaten 4-0 by Everton on Sunday afternoon, condemning Ole Gunnar Solskjaer’s side to their sixth defeat in their last eight matches in all competitions. The Red Devils failed to close the gap on the likes of Tottenham Hotspur, Arsenal and Chelsea ahead of them in the standings as a result, with United remaining in sixth position in the Premier League. 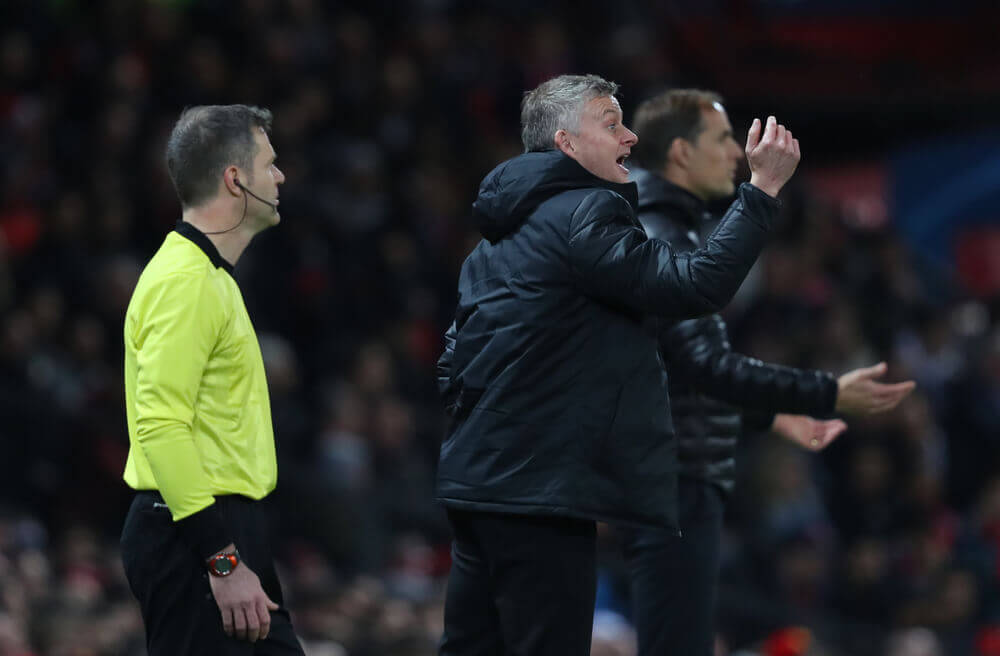 With fierce rivals Manchester City making the short journey to Old Trafford on Wednesday evening, things could well go from bad to worse for Solskjaer and his misfiring players, who now have four games to salvage anything from their season.

United are now 6/1 with bookmaker William Hill to secure their place in the top four come the end of the season, with matches against City and Chelsea coming up, followed by clashes with Huddersfield Town and Cardiff City. Manager Solskjaer, who was confirmed as the permanent appointment back in March, certainly hasn’t held back when it comes to his criticism of his players recently, suggesting that there will be major changes over the summer.

The Norwegian questioned the character of certain players once more following their heavy defeat at Goodison Park, where United failed to record a shot on target until the 85th minute. The statistics are also damming for United, who suffered their fifth consecutive away defeat across all competitions, their longest such run since March 1981. Meanwhile, United are without a clean sheet in their last 11 matches, taking the total number of Premier League goals conceded to 48, their worst record in two decades.

United have been linked with a whole host of players as they prepare for a summer rebuild, however a lack of Champions League football could effect their ability to attract their preferred options. The Old Trafford outfit are the 4/1 favourites with BetVictor to sign England wonderkid Jadon Sancho from Dortmund, while the likes of Bruno Fernandes and Kieran Trippier have also been linked with United over recent weeks.

There are also some potentially major moves away from Old Trafford this summer, with the likes of Paul Pogba, David De Gea and Romelu Lukaku all believed to be considering their options for differing reasons. Spanish goalkeeper De Gea has just 12 months left on his current deal, with the long-term Real Madrid target reportedly wanting as much as £400,000 a week to stay with United.