Umtiti on His Way to Old Trafford?

Manchester United are likely to finish second behind Manchester City in the Premier League this season. Despite conceding 28 goals in 36 games, with only the champions having a superior defensive record, Jose Mourinho seems unhappy with his choice of defenders.

The Red Devils spent big money to secure the services of Swedish central defender Victor Lindelof from Benfica last summer but he has yet to impress Mourinho. Lindelof has played more football towards the end of the season but has by no means been a regular, despite the large outlay on the player.

Eric Bailly is another central defender who has struggled to play regular first team football this season, making just 16 appearances ahead of the final two games of the season. Bailly was a big hit when he first came into the team at Old Trafford but injury problems have seen the defender fall down the pecking order.

Umtiti on the Radar

Therefore, it is little surprise to see Manchester United being linked with a move for central defender this summer and Barcelona’s Samuel Umtiti seems to be at the top of the list if reports are to be believed. 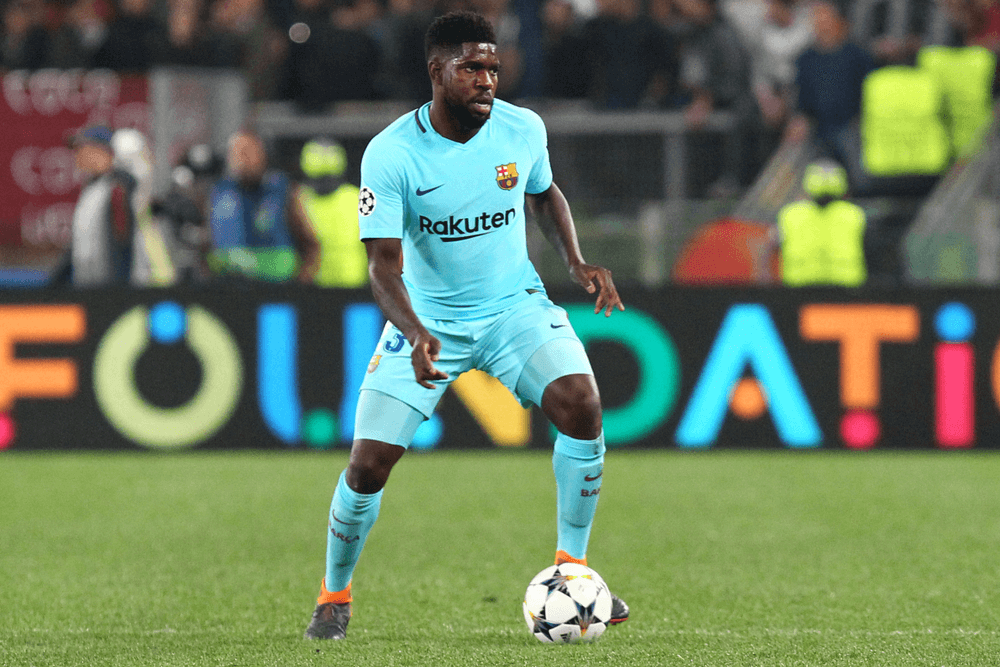 The French centre back is enjoying his second season at the Camp Nou, having sealed the La Liga title and become a regular starter in Ernesto Valverde’s team.  Umtiti has been excellent at times this season and his performances have caught the eye of Mourinho.

Reports in British tabloid newspaper, The Sun, claim Barcelona are trying their best to get Umtiti to sign a new contract and stay with the Catalan Giants amid interest from Manchester United.  The Sun state the 24-year-old has a £52million release clause in his Camp Nou contract, and that has ‘alerted Europe’s big boys.’

Umtiti is young yet has the perfect combination of playing the ball out from the back and no nonsense defending.  If anything, it is the latter of the two Mourinho will be looking for if he signs the French international.

Umtiti has power and pace to his game and is not afraid to go in where it hurts.  He is also capable of playing in different formations, slotting into a back four or back three as and when required.

Given his remarkable progress in the last two years at Barcelona, it will come as little surprise to Valverde that other top European clubs are looking at securing the services of Umtiti.  With the World Cup this year and an injury to Laurent Koscielny, Umtiti is sure to play a huge role in France’s bid to lift the trophy.

If France and Umtiti play well, interest will be high in the central defender and Manchester United must act now if they want their man.  Top quality defenders are becoming a rarity in football and Umtiti is hot property.