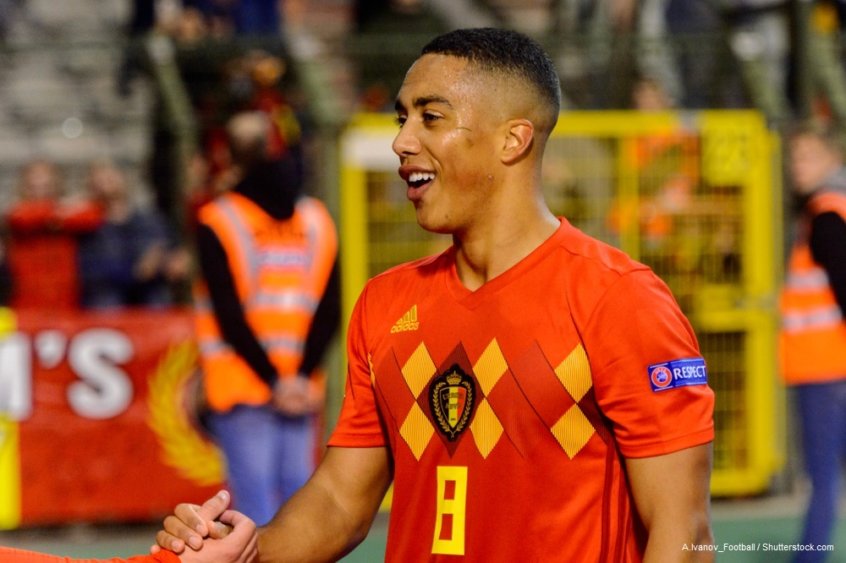 In May 2017, following an impressive season with Anderlecht, Youri Tielemans made the move from Belgium to Ligue 1 in France.  The midfielder singed for Monaco in a deal believed to be around €25 million.

This was expected to be the big move Tielemans needed to further his career.  The opportunity to shine with some great Monaco players, who led the club to the 2016/17 league title.  However, things did not work out as planned at the principality and Tielemans was rated in France Football as being one of the biggest flops of the season during the 2017/18 campaign.

It is fair to say Tielemans did not set the high standards expected of him during his time at Monaco and was looking for a way out.  The Belgian completed a loan move to Leicester City in January 2019 and impressed in the Premier League for the Foxes.

With the 2018/19 season complete, Tielemans is assessing his options and it appears a permanent move to the Premier League could be on the cards.

The 22-year-old impressed on his debut for Leicester City last season in a match against Tottenham Hotspur.  His composure in midfield and ability to pick out a pass was noted and he scored his first goal for the club in a 3-1 win over Fulham.

It is fair to say Tielemans impressed everyone at the King Power Stadium and now his loan deal has expired, Leicester City are keen to make the move permanent.  He scored 3 goals and created 5 during his short time at the club and it is though the Foxes are preparing a bid in excess of the record £30 million they paid for Islam Slimani.

Leicester City are the favourites to sign Tielemans at 4/7 with Betfair.

However, having performed so well during his spell in England last season, other teams are monitoring the situation.  One of those is Tottenham Hotspur and having lost Mousa Dembele and not brought in a replacement last season, that could be about to change with the signing of Tielemans.

Much may depend on a potential move for Tanguy Ndombele.  If Spurs were to sign the Frenchman, Tielemans may not be required and that would leave the path open for Leicester City to complete the move.

Ole Gunnar Solskjaer seems keen to change the transfer policy at Manchester United this summer.  Instead of chasing the big name targets, the Norwegian is opting for younger players, who could develop into big stars.

Tielemans fits the bill nicely and there is no doubt Manchester United are looking to strengthen in central midfield.  Much may depend on the future of Paul Pogba but Tielemans is the type of player who would be appreciated at Old Trafford.

The Belgian international is available at 7/1 with Betfair to join Manchester United in the summer transfer window.