The quarter-finals of the 2019 Africa Cup of Nations will start with the clash between firm favourites Senegal and Benin who surprised Morocco in the previous round.

Benin are one of the biggest surprises at this tournament as they defeated Morocco to reach the quarter-finals, and they even didn’t record a win in Egypt, at least not in regulation. Senegal, on the other hand, secured a narrow, 1-0 victory over Uganda thanks to an early goal from Sadio Mane. After Egypt’s elimination, the Lions of Teranga are one of the biggest favourites to win the title along with Nigeria. 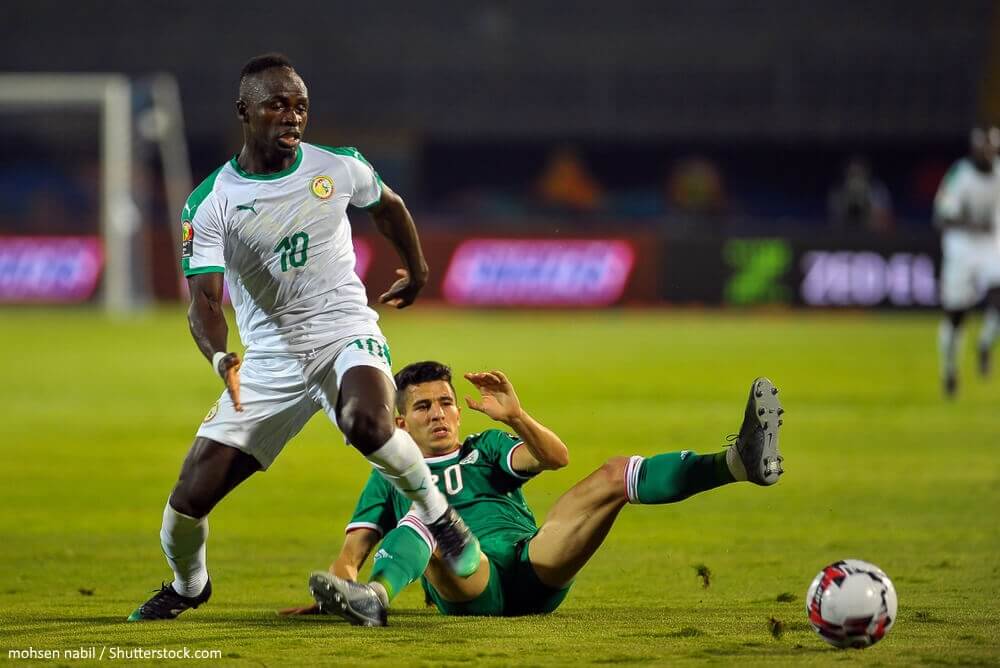 Defeat to Algeria earlier in this tournament is the only blemish on a near-perfect record for Senegal across their previous ten matches (W9, L1). Eight of those wins were accompanied by a clean sheet illustrating how dominant they have been across this period. However, any switch off in terms of concentration does tend to come after the break – eight of the last ten goals they have conceded arrived in the second half.

Key to their recent success has been Senegal’s ability to find the net frequently. They have failed to score in just two of their previous 16 international matches, and have netted two or more goals in nine of those games. Despite this, only three of their last ten fixtures have featured over 2.5 match goals.

Despite two missed penalties, Liverpool forward SadioMané can boast three goals in his last two Senegal matches. There have been three penalties awarded across Senegal’s previous two games. There’s been an average of 5.25 cards shown per game in each of Senegal’s last four matches.

Draw specialists Benin can count themselves reasonably lucky to be at this stage of the competition, having drawn each of their previous four games (90 minutes). They tend to start fast and have scored the first goal in seven of their previous nine matches – the other two games finished as goalless draws. However, strikingly they have gone on to concede at least one goal in response in five of those matches.

Benin conceded the injury-time penalty in a game against Morocco, but Hakim Ziyech only hit the right post, and despite Morocco’s domination in extra-time, the Squirrels defended exceptionally well and knocked out favoured Atlas Lions on penalties.

MickaëlPoté has two goals for Benin in this tournament so far – although both came in the same game. There have been two red cards shown across Benin’s last four matches.

Head to Head for the Match Senegal vs Benin

Benin haven’t won any of the previous four H2H encounters with Senegal (D1, L3). Notably, three of those four meetings produced over 1.5 goals. The Lions of Teranga recorded a 4-0 victory in the latest duel, scoring two goals in each half.

Senegal are in an excellent form at the moment, and if we put a loss to Algeria on the side, the Lions of Teranga are on a nine-game winning streak. They kept their net intact in eight of those nine wins and even though Benin showcased excellent fighting spirit and resilience against Morocco, my bet here is Senegal to win at 5/11 with bet365. It is a solid bet which you can use on a double or acca, but if you’re looking for bigger odds, we have something else to suggest.

Sadio Mane scored two goals thus far at the tournament, and even though he missed two of three penalties he took, he will undoubtedly take another one in case Senegal are awarded a penalty here. Backing Mane to score anytime at 6/5 is something you can pick as he is looking to finish at the top of the goal-scoring chart at AFCON.