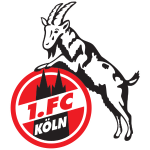 Thrilling duel in the Europa-Park Stadium! At the end of the 13th Bundesliga matchday, SC Freiburg welcomes Cologne for an intense exchange of blows. Both teams have shown convincing fighting spirit and mentality in the current season, which is why 2 like-minded teams will now face each other. The Breisgau side is clearly in a better position with 24 points and 3rd place in the table, while the visitors are 7 points behind in 10th place.

Nevertheless, the Geißböcke could make a huge leap up the table with an away win, as Frankfurt are only 3 points ahead in 5th place. Now it’s up to them to get the win against the third-placed team before Europe falls out of reach.

Given the form and consistency of the two clubs, the home side are considered clear favourites. Christian Streich’s team has been able to show incredible consistency this season, something the Geißböcken unfortunately lack. In addition, Freiburg have almost twice the squad value, which again emphasises the difference in quality between the individual players. Nevertheless, the record of the past 5 encounters is considered extremely balanced with 2 wins each. Nevertheless, the bookmakers see SCF as clear favourites to win.

Christian Streich’s team was considered a relegation candidate just a few years ago, before the legendary coach turned the Breisgau club into a European contender. In the current season, the Freiburgers are also showing incredible consistency, which is why they have only suffered one defeat each against Dortmund and Bayern. In addition, they are already qualified for the last 16 of the Europa League with one group match day to go. Unbeaten and with only one draw, the Streich eleven could live up to their role as favourites.

Now it is imperative that they live up to their role as favourites against Cologne and clinch a home victory. In the coming week, RB Leipzig and Union Berlin will be two top teams, with which the Breisgau team has had problems in the current season. Nevertheless, Streich’s team will do everything in its power to score the maximum number of points in the league.

Cologne – catching up in the direction of Europe

Steffen Baumgart’s team has been convincing this season with an incredibly strong fighting performance. Unfortunately, the Geißböcke have not had luck on their side in many games, which is why there have been many early sending-offs.

Now it is important to get a point against Freiburg, before two teams with weak form, Leverkusen and Hertha, are on the doorstep in the next two matchdays. There, the chances of winning a point are considered much more realistic. Nevertheless, the Geißböcke have managed to take points away from enough top teams this season, while they even managed a 3:2 win against Dortmund. As a result, the Geißböcke will put in their best fighting performance at the Europa-Park Stadium in order to win the match if possible.

Our expert tip for Freiburg vs. Cologne is victory for the Streich team. The team from Freiburg is in better shape than the other teams, while the sovereignty also speaks in favour of the hosts. With the home advantage behind them, we assume that SCF will live up to their role as favourites and bet on SC Freiburg to win the match. For this we get odds of 8/11.

Both teams will deliver an intense exchange of blows this coming weekend, which is why we assume goals for both clubs. As a result, we are betting with odds of 4/6 on both to score. We also assume that at least 3 goals will be scored. In the course of this, we bet at Bet365 with odds of 4/6 on over 2.5 goals.