Following a fantastic World Cup campaign, in which the host nation surprised many in reaching the quarter finals of the competition, domestic football returns in Russia in July, with Lokomotiv Moscow beginning the season as defending champions. The Russian Premier League has undoubtedly grown as a division over recent years, with a large number of international players and managers now plying their trade there. The division is also well-known as being one of the most competitive around, with four different teams having lifted the trophy over the same number of years.

Russian Premier League betting tips can regularly be found on our site, with our football experts taking a number of factors into consideration when creating such articles. As well as the form of the teams involved and their current standing in the table, we also analyse player availability and head-to-head records, perfect for those who like to have as much information as possible before placing a bet.

As well as this, we also provide offs from nothing but the most trustworthy and established bookmakers, while our experts will look at a range of different markets. Ahead of the new campaign, it is worth keeping in mind that a large number of players will have been involved at this summer’s World Cup, meaning that they may not be available for the opening matches in the division. This is especially important for those punters looking to back the likes of Zenit St. Petersburg and CSKA Moscow in their first matches of the new season.

Russian football was completely reorganised following the collapse of the former Soviet Union, with the first Russian league having been formed back in 1992, which featured 14 separate teams. Today, the Russian Premier League is made up of 16 different teams, with many having received heavy investment from domestic or international investors. The following are the teams who will make up matches in the 18/19 Premier League campaign:

Each team will face each other twice during the season, once at their home stadium and once on the road. As usual, the first round of matches will be completed by the Autumn, while the second round commences in the spring. The team finishing top of the table, as well as the runner-up, will receive automatic entry to the UEFA Champions League group stage, while those finishing in third will have the chance to qualify during the summer. Elsewhere, the team that finishes in fourth will participate in the UEFA Europa League. Elsewhere, the teams finishing in 15th and 16th position will automatically be relegated from the Premier League, while the team finishing in 13th will play against the fourth placed team in the FNL, along with the 14th team facing off against the third placed team. Such matches determine how many teams will be relegated from the Premier League in total, meaning that it can range between 2-4 teams each season.

The first matchday of the new season takes place on the last weekend in July, while the final match will be played on May 26th, with a winter break offering players the chance to have an extended rest period half way through the campaign.

Many teams in the Premier League have invested heavily over the summer, as they look to benefit from the recent World Cup, that has increased the attention on the countries football. As a result, many teams will have a slightly different feel to them this season, with the following transfers likely to have a significant impact upon the table throughout the year. 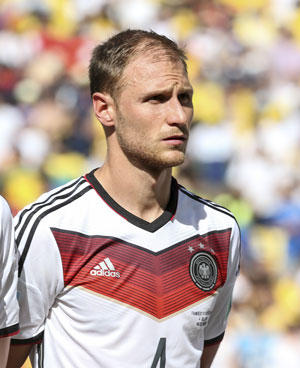 However, there have also been some major departures from Russian Premier League teams, which are likely to also have a significant effect on results this season. The most high-profile departures include: 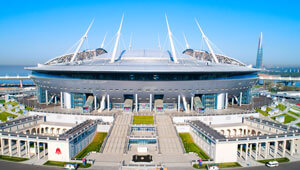 With the 2018 FIFA World Cup having been staged in Russia, it perhaps comes as little surprise that many of the venues across the country have received renovation, while other clubs are now moving into brand new homes ahead of the new season. With some of the most modern stadiums around now being located in Russia, the following venues help to create intimidating atmospheres, which can certainly have an impact on results.

Spartak Moscow’s Quincy Promes was the leading scorer in the Russian Premier League last season, with the Dutch winger scoring 15 times in order to claim the award. However, with the new season getting underway, plenty of bets are expected to be placed this time around also, with the following players believed to be in with a chance:

The Russian Premier League has long aimed to be on a par with the top competitions in countries including Spain, England, Italy and Germany, however this has never really materialised, despite a huge amount of investment. However, having been placed sixth in the UEFA five-year rating, the Russian top-flight can undoubtedly be classified as one of the “Best of the rest” divisions, with more and more top players being attracted. Top teams regularly cause upsets in major European competitions, while the usual suspects are believed to be in with a chance of lifting the title domestically once more.

Those looking to bet on individual Russian Premier League matches should check out our betting tips beforehand, however there are certainly some more long-term predictions to be made. Despite Lokomotiv Moscow running away with things last time around, the fact that four different teams have lifted the trophy over the same number of years means that another different winner is not unlikely. The likes of Zenit St. Petersburg and CSKA Moscow will be looking for a resurgence, despite losing some key personnel, with the pressure mounting on managers Sergei Semak and Viktar Hancharenka, despite the former having only taken charge of Zenit back in May. Elsewhere, the likes of FC Krasnodor and Rubin Kazan are two names worth keeping an eye on, especially for those looking for an outside bet for the Champions League qualifying places.