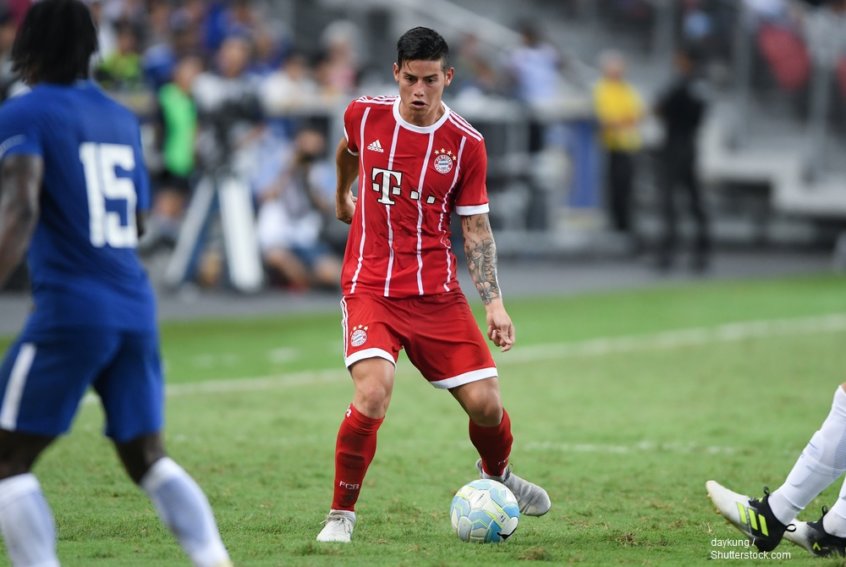 James Rodriguez enjoyed a successful spell on loan at Bayern Munich this season.  The Colombian won both the Bundesliga and DFB Pokal to clinch the double and he has won the title in both seasons of his loan from Real Madrid.

However, Rodriguez made just 20 league appearances for Bayern Munich this season and scored 7 goals.  He created 4 goals for his teammates and simply did not feature enough as a regular starter in the team. 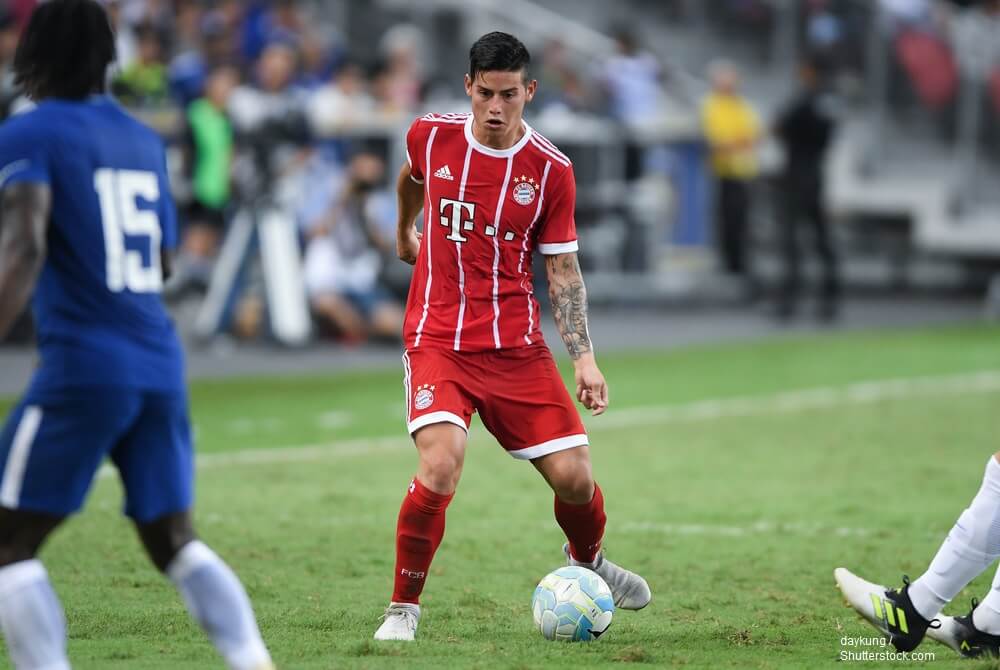 Therefore, it seems unlikely Bayern Munich are going to make the transfer permanent and Rodriguez will be sent back to Real Madrid.  Having been loaned out for two seasons, it is clear Real Madrid are not keen on keeping the player, so Zidane will be happy to listen to offers in an attempt to free up some funds for transfers.

The question is, where could Rodriguez be playing his football next season?

Rodriguez burst onto the scene at the 2014 World Cup in Brazil when he starred for his county Colombia.  That brought him to the attention of the major European clubs and he made a big money move to Real Madrid.

It hasn’t worked out in Spain so could a cut-price move to the Premier League be on the cards?  Liverpool have not been shy when it comes to signing South American players and they already have Roberto Firmino and Fabinho in their squad.

However, there is a feeling their midfield is lacking in creativity and Rodriguez could be the man to add that next season.  The former Monaco man would be asked to work hard if deployed as the furthest forward in a midfield three but could also operate from wide in rotation with Mohamed Salah and Sadio Mane.

Rodriguez is 8/1 with Coral to join Liverpool in the summer transfer window.

Arsenal have lost Aaron Ramsey on a free transfer to Juventus and will be looking to add to their squad in the attacking central midfield position.  Unai Emery does not appear keen on Mesut Ozil, so there could be a big role up for grabs as the creative force in the Arsenal team next season.

If the Colombian was to make the move to the Emirates, he would be seen as one of the star players at the club, which could be tempting.  Arsenal are available at 12/1 with Betfair to sign Rodriguez this summer.

Manchester United are looking to add quality to their squad as Ole Gunnar Solskjaer begins a rebuild at Old Trafford.  However, Rodriguez may not be the type of player the Norwegian is looking for as he targets younger, up and coming players in this transfer window.

Rodriguez is 14/1 with Coral to join Manchester United this summer.

Aside from Premier League clubs, the bookmakers believe there will be plenty of interest from Italy and France.  Juventus are 2/1 while Paris Saint-German are available at 6/1 both with BetVictor to be Rodriguez’s club for next season.