The second qualifying round of the UEFA Champions League starts this Tuesday 23rd July. We’ll see a derby clash between the Dutch vice-champions PSV Eindhoven and the Swiss vice-champions FC Basel. Ahead of the first leg in Eindhoven, PSV is a firm favourite to qualify for the next round.

The Lightbulbs have won just one of their four friendlies over the last few weeks, scoring five goals and conceding eight in a return. They lost to Nice 3-2 and Wolfsburg 2-0 while playing a goalless draw with Sion. PSV defeated Aris 3-0, and the Greek side was arguably their weakest opponent this summer.

The Dutch side sold striker Luuk de Jong and left-back Angelino, while the Portuguese winger Bruma arrived from RB Leipzig. The manager Mark van Bommel can count on all his important first-team players, so forwards Hirving Lozano and Steven Bergwijn will be the biggest threats for Basel’s goalkeeper. Last season, Lozano scored 21 goals and made 12 assists in 40 apps, while Bergwijn added 15 goals and 13 dishes in 41 apps. 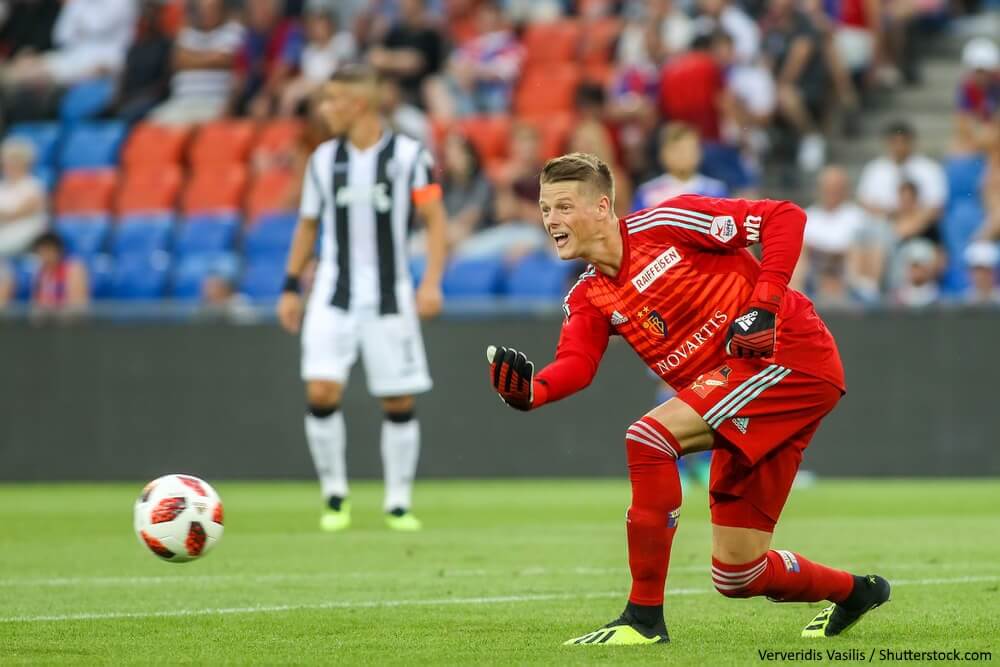 The Bebbi started their Swiss Super League campaign with a convincing 4-1 victory over Sion on the road last weekend. Including the friendly games, Basel won 13 of its last 15 contests along with a couple of losses. Interestingly, all those 15 tilts saw three or more goals in the total.

The 20-time Swiss champs haven’t changed their squad at all, besides centre-back Marek Suchy who decided to leave the club on a free transfer. The manager Marcel Koller can count on all his players, so we should see the same eleven guys who beat Sion. Striker Albian Ajeti is a key player in this Basel team, and he bagged 21 goals in 43 games last season.

PSV vs Basel Head to Head

These two teams met each other only once, and it was back in 2015 when Basel defeated PSV 3-2 in a friendly game. Meanwhile, both sides have changed their squads a lot.

The bookies consider PSV as a strong favourite to reach the third round. You can take PSV at 1/2 odds to qualify for the next round with Bet365, while Basel is a 6/4 underdog on the same platform. PSV is an 8/13 favourite to win the first leg at home with William Hill that offers 11/4 odds on a draw and 19/5 odds on Basel to win.

Considering this is the first leg, the bookmakers expect to see a cautious approach on both sides, so the over 2.5 goals pays 10/11 with Betway, while the under is set at 4/5 odds. Likewise, both teams to score YES pays 1/1 with Bet365.

Our PSV vs Basel Betting Tip

Although the first leg promises a tough battle in the middle of the park, both PSV and Basel prefer an attacking football, so I think we could easily see at least three goals in the total. As I’ve already mentioned, Basel’s last 15 games saw three or more goals on the scoreboard, while the Swiss vice-champions kept their net intact just once in their previous 11 games overall.

Also, neither of these two teams can rely on a sturdy defense. I hope someone will break the deadlock in the first half, and if the visitors find the net first, this will be a high-scoring affair. Therefore, I suggest you take the over 2.5 goals at 10/11 with Betway. If you prefer to take a side bet, go with the hosts, but I think the odds are not attractive, considering Basel’s strength.