Surprisingly, the big guns are not the biggest spenders so far this summer as Aston Villa spent almost £85 million on new arrivals. The Villans brought even eight players including forward Wesley from Club Brugge, Tyrone Mings from Bournemouth, and Matt Target from Southampton.

Manchester City, as usual, also hit the transfer market and splashed the cash on midfielder Rodri from Atletico Madrid, spending £63 million on a 23-year-old. Former captain Vincent Kompany left on a free transfer and joined Anderlecht while Fabian Delph moved to Everton in an £8.5 million deal.

Leicester City are another team who didn’t save any money on bringing reinforcements in this transfer window. The Foxes got Youri Tielemans for £40 million after the Belgian midfielder impressed on a loan from Monaco last season while forward Ayoze Perez joined from Newcastle United for £30 million.

Manchester United lost Ander Herrera and Antonio Valencia on free transfers but spent £50 million on right-back Aaron Wan-Bissaka from Crystal Palace and £15 million on Daniel James from Swansea City. Ole Gunnar Solskjaer is still on the market for new players, and we are expecting the Red Devils to make more moves this summer.

Tottenham Hotspur were rather inactive in the previous transfer windows, but after losing the Champions League final to Liverpool, they decided to strengthen this summer. Tanguy Ndombélé came from Lyon in a £55 million deal, but they sold right-back Kieran Trippier to Atletico Madrid for £20 million, which was a bit unexpected move.

West Ham United broke the club transfer record as they paid £36 million on striker Sebastien Haller from Eintracht Frankfurt only a few weeks after bringing playmaker Pablo Fornals for £25 from Villarreal. Marko Arnautovic left to join the Chinese side Shanghai SIPG for £22.5 million; Samir Nasri moved to Anderlecht on a free transfer while Andy Carroll’s contract expired.

Chelsea sold Eden Hazard to Real Madrid for £90 million and got Mateo Kovacic in return for £40 million. Considering the Blues are under a transfer embargo, they will not make any more deals in this transfer window.

Wolves spent over £45 to secure Raul Jimenez and Leander Dendoncker on permanent deals after the pair played at Molineux on loan last year. Everton signed midfielder Andre Gomes for £22.5 million from Barcelona and sold Nikola Vlasic to CSKA Moscow for £14 million.

Liverpool and Arsenal are very quiet so far this summer as they still didn’t add a big name to their ranks. The Gunners lost Aaron Ramsey who joined Juventus on free while Stephan Lichtsteiner and Danny Welbeck became free agents. The Reds, on the other hand, sold Danny Ings to Southampton for £20 million, and are expected to bring a player or two before the transfer windows shut in August.

Some teams spent a lot of money, others haven’t, but there is still enough time for English clubs to make moves, so let’s see which players could join the Premier League in the coming days and weeks.

The arch-rivals are battling for Bruno Fernandes 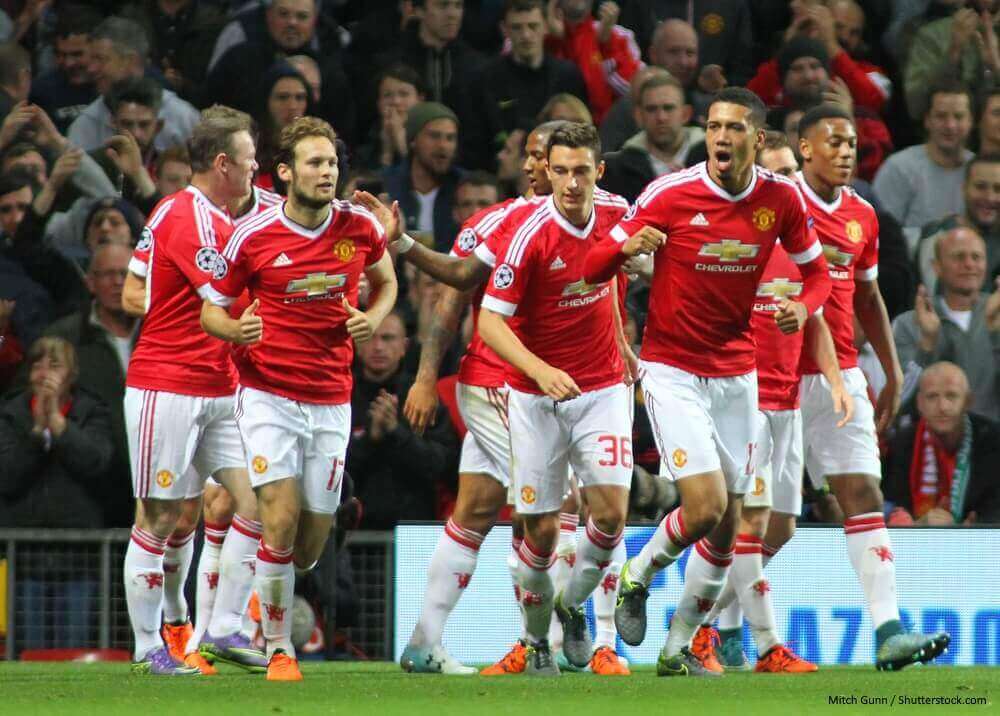 Match between Manchester United and Vfl Wolfsburg at Old Trafford Stadium on September 30, 2015

One of the biggest transfer sagas this summer is undoubtedly around Bruno Fernandes and his next club. Sporting Lisbon star will likely end up at Old Trafford ort Anfield, and the arch-rivals are battling hard for his signature. At the moment, Manchester United are in a pole position to get the Portuguese playmaker as SkyBet is offering 53/100 odds on Fernandes to join the Red Devils while Liverpool are currently at 7/4 to get their man.

Pogba to stay at Old Trafford?

Paul Pogba expressed his desire to leave Manchester United on several occasions during the past few months, but the bookies are pretty sure he will stay put this summer. Various bookies are giving the 3/5 odds on Pogba to remain with United including 888Sport while Real Madrid are 5/4 to get the Frenchman. Pogba’s former club Juventus are at 10/1 to bring him back, but that is looking unlikely after the Old Lady got Aaron Ramsey on a free transfer from Arsenal.

Dani Ceballos is clearly not happy with playing time at Santiago Bernabeu, and following a fantastic performance at U21 Euro earlier in the summer, he would like to move elsewhere. Arsenal emerged as the biggest favourites to get him to the Emirates and SkyBet is giving them 1/2 odds to acquire the creative midfielder. Tottenham Hotspur are 9/4 to bring Ceballos, but if you are willing to bet on Spurs, you better try with 7/1 odds with Paddy Power.