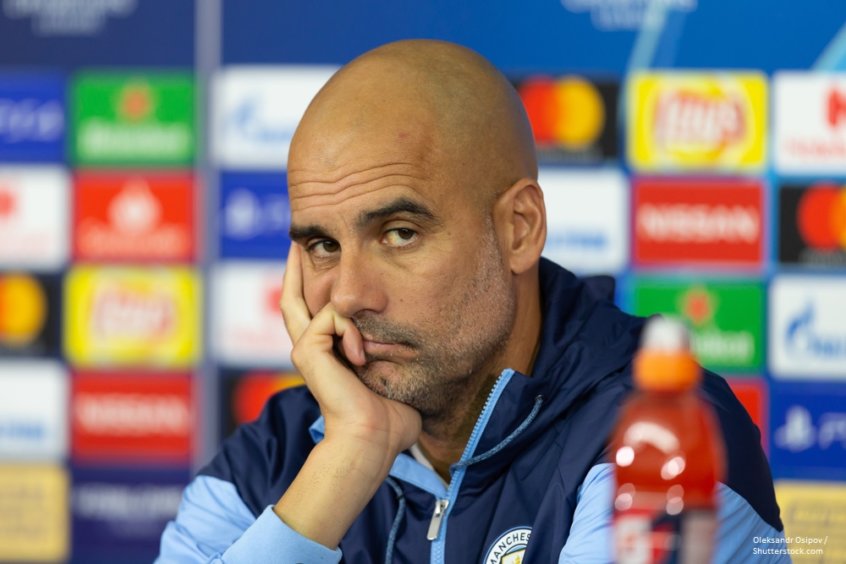 Pep Guardiola to Juventus: Business at the Etihad?

There have been rumours this week of Pep Guardiola leaving Manchester City for Juventus.  These have been rubbished by officials at the Etihad Stadium and instead, the focus is on bringing in new players.

However, any moves in the transfer market could see some players leaving Manchester City and one of those to make way could be Leroy Sane.

Bayern Munich clinched the Bundesliga title on the final day of the season.  The match saw both Arjen Robben and Franck Ribery come off the bench to score goals in their final home game for the club.

With Robben and Ribery leaving, that leaves Kingsley Coman, Serge Gnabry and Alphonso Davies as the wide men for next season.  Bayern will be keen to strengthen that area of the team and may make a bid for Sane.

There is no doubt Sane has fallen down the pecking order at Manchester City this season.  The German international has struggled to break into the starting XI, with Raheem Sterling, Bernardo Silva and Riyad Mahrez preferred in the wide positions.

That means Sane may need to move on if he wants to play regular first team football next season and Bayern Munich appear keen to sign the player.  Sane is Evens with BetVictor to return to the Bundesliga as a Bayern Munich player this summer.

If Sane is to leave Manchester City, Guardiola will want to bring in an immediate replacement.  With the club aiming to win the quadruple next season, the manager cannot afford to lose squad members and not replace them.

One man who has been heavily linked with a big money move in the summer transfer window is Joao Felix.  The teenage forward has been called up to the Portugal squad for the UEFA Nations League Finals and there are sure to be several top European clubs watching the player.

The 19-year-old has enjoyed a breakthrough season at Benfica.  He became the youngest player to score a hat-trick in the Europa League in a home win against Eintracht Frankfurt and scored 15 goals as Benfica won the Portuguese title.

The player has been compared to the Brazilian forward Kaka and former Portuguese superstar, Manuel Rui Costa.  He has been labelled by some as being the next Cristiano Ronaldo but his playing style is more akin to the two players mentioned previously.

Felix would certainly be a great and exciting addition to the Manchester City squad next season.  The bookmakers believe he could make the move and Ladbrokes offer 21/20 for him to be in the colours of Manchester City.

He will join Ederson and Bernardo Silva as former Benfica players in the Manchester City ranks should he make the move to the Etihad.  However, other clubs are understandably keen with Juventus at 13/8, Manchester United at 6/1 and Paris Saint-Germain at 9/1 to sign Felix before the close of the summer transfer window.