Paulo Dybala on the Move

Go back to last season and the name Paulo Dybala was on the lips of many fans in European football.  He enjoyed a very good campaign with Juventus, scoring 22 goals in Serie A and helping his team to the title.

It was the first time in his Juventus career he had managed to score over 20 league goals having come close in 2015/16, ending with 19. 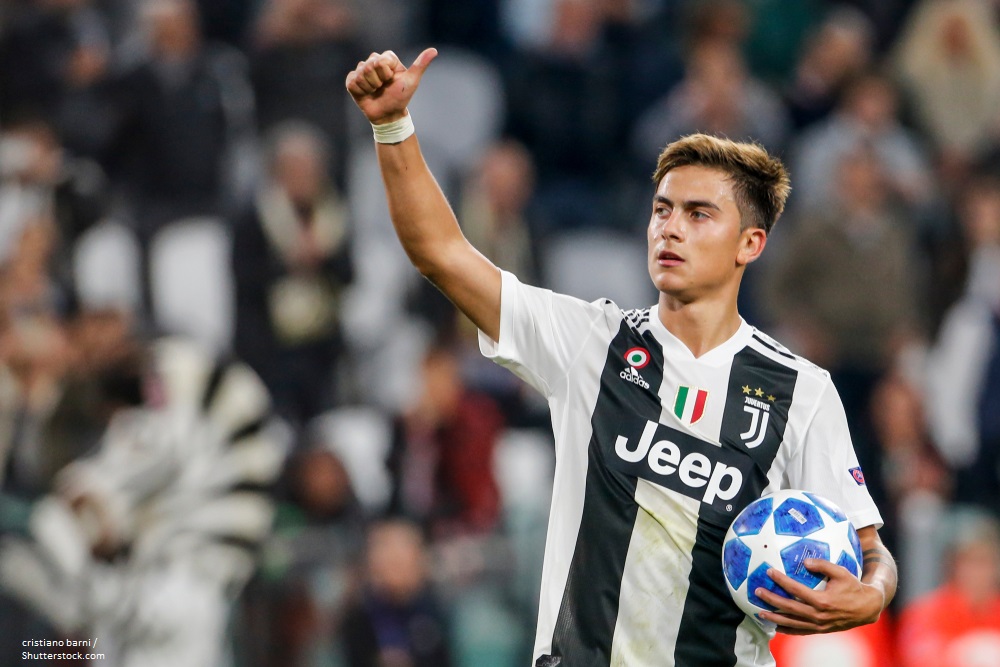 However, this season has not gone to plan for Dybala and he has been forced to take a back seat at times.  Prior to the final two weeks of the season, Dybala has been in the Serie A starting XI 22 times.  He has also been struggling with an injury but his playing time and role has been reduced by the manager.

His brother has claimed it could be time for Dybala to move on this summer.  The 25-year-old has won many titles in Turin including Serie A four times and the Coppa Italia three times but his 5 league goals has not been enough this season.

Gustavo, who also acts has is agent said when speaking to Radio Impacto show Futbolemico , “There are many possibilities that Paulo leaves Juventus. He needs a change”.

The question is, where could Dybala be playing his football next season?

There is no hiding the fact Manchester United need new faces if they are to challenge for the Premier League title next season.  This season has been hugely disappointing for the Red Devils and a player like Dybala could be the spark the team and fans need.

Dybala can play as a striker, from the right flank cutting inside or a second striker.  His fire has somewhat been extinguished by the arrival of Cristiano Ronaldo at Juventus but there is no doubting his talent.

He may not be a person who thrives on being in the media spotlight like Neymar or Ronaldo but Dybala does enjoy having the team play around him.  He was the star of Juventus last season and would no doubt be a tremendous signing for Manchester United.

The fee is likely to be around €100 and you can get 4/1 with BetVictor for Dybala to join Manchester United this summer.

With the news Antoine Griezmann is to leave Atletico Madrid, a position has become available in their team.  Under the guidance of Diego Simeone, Atletico Madrid have become a consistent force in Spain and Europe.

The fact the manager is an Argentine, like Dybala, could be enough to tempt him to the Wanda Metropolitano Stadium.  Dybala is 3/1 with Betway to move to Atletico Madrid this summer.

You can also get 8/1 for Liverpool and Barcelona to be his destination but Manchester United and Atletico Madrid are leading the way according to the bookmakers.

BB Erzurumspor vs Antalyaspor AS

Up to £100 Matchbonus
T&C APPLY 18+: Valid for new UK customers in October. Qualifying stake must be on Horse Racing, Premier League, Championship or Champions League home or away selections. Minimum odds of 1.8 on qualifying bet. Bets on the draw will not qualify for a free bet. Deposit using code SNWEL25. Valid once per customer. Free bet expires after 30 days. Max winnings from free bet £1000.

Sportsnation Read Review
94/100 Rating
Go
T&C Apply 18: Valid for new UK customers in October. Qualifying stake must be on Horse Racing, Premier League, Championship or Champions League home or away selections. Minimum odds of 1.8 on qualifying bet. Bets on the draw will not qualify for a free bet. Deposit using code SNWEL25. Valid once per customer. Free bet expires after 30 days. Max winnings from free bet £1000.