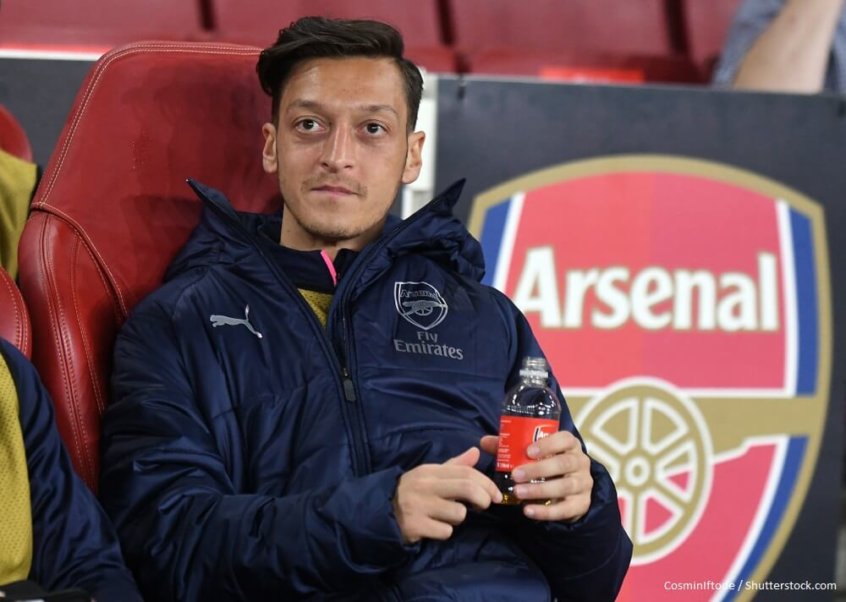 With time running out in the January transfer window, teams will be moving hard to make deals before it closes.  There have been a few moves involving Premier League teams, with Aaron Ramsey’s deal with Juventus being the latest to be confirmed.

However, there could another man about to leave Arsenal and his name is Mesut Ozil.  The former Real Madrid and German international has made just 13 appearances for the Gunners in the Premier League this season and it’s this lack of game time which could prompt a move.

Ozil was not involved at all for Arsenal in their recent 1-0 loss at the hands of West Ham United, which led to much criticism from Gunners fans.  That was the fourth match in a row the attacking midfielder has missed although two were due to a knee injury.

You must go back to the game against Burnley on the 12th December to find the last time Ozil played for Arsenal and he has been left out of the starting XI nine times this season.  Speaking to the media ahead of the game against Chelsea, Unai Emery said, “I’ve spoken to him because I want consistency”.  The Spanish manager continued by saying, “He’s had some injuries and these injuries mean that sometimes he is OK and sometimes he isn’t OK. I want every player to give the same work every day to be OK for every match”.

It appears Ozil could be in contention to play against Chelsea in the Premier League on Saturday but if he is fit and does not feature again, there will be big question marks over his future at the Emirates Stadium.

As things stand, Inter Milan are the favourites to sign Ozil in January.  Reports have circulated that Arsenal have offered the German playmaker to the Italian giants but Inter Milan have been put off by the potential wages.  However, they remain the major possible destination for Ozil, should he leave this winter at 7/1 with William Hill.

Interestingly, one Arsenal’s major rivals for the top four this season, Manchester United, have also emerged as a possible location for Ozil to try and resurrect his career.  The Red Devils will be keen to strengthen their squad but it appears they have prioritised a central defender for their next big money purchase.  Betfair offer 9/1 for Ozil to move to Old Trafford in January.

Other potential destinations include any Turkish club at 12/1 and any Spanish club at 16/1 with BetVictor.  Ozil will be keen to start playing football regularly again and may be tempted by either if the financial deal is suitable.

Claim the best Odds now at BetVictor
*New Customers only. Deposit and place a £5 qualifying bet at odds of 2.00 or greater within 7 days of opening a new account; excludes cashed out bets. Receive 2x £10 Free Sports Bets, valid on set events only (1 at odds 2.00 or greater), expires in 7 days, plus a £10 Casino Bonus, expires in 7 days. Wager the Casino Bonus 40x to withdraw winnings. Credit or Debit card only. Geographical Restrictions. T&Cs Apply, See Below.