The quarter-finals of the 2019 Africa Cup of Nations ends with the clash between Madagascar and Tunisia.

Madagascar are undoubtedly the most pleasant surprise at this year’s Africa Cup of Nation along with Benin, and considering this is their debut at AFCON, reaching the quarter-finals is a massive achievement. They didn’t lose a single game yet, and after surprising Nigeria in the final group match, Madagascar eliminated D.R. Congo on penalties to come this far.

Tunisia, on the other hand, also made it to the quarter-finals after a penalty shootout against Ghana, and they are without a defeat at the tournament as well. The better team from this clash will face Senegal or Benin in the semi-finals.

Very much the surprise package of this Africa Cup of Nations finals, Madagascar haven’t lost any of their first four fixtures of the tournament. However, the Barea are still underdogs ahead of this clash, with an average possession rate of just 43.5% so far this tournament.

Even better, Madagascar have scored at least twice in three of their AFCON finals matches to date. That is an unsurprising statistic, considering that nearly half (seven) of their shots on target (16) have been converted into goals.

Andria has been the standout performer for Madagascar so far, with two goals and an assist to his name – all of which have come in the first quarter-hour after the break. Over half (five) of Madagascar’s last nine matches have featured at least four goals. With seven goals scored, Madagascar boast the second-best offensive record in the 2019 AFCON finals. 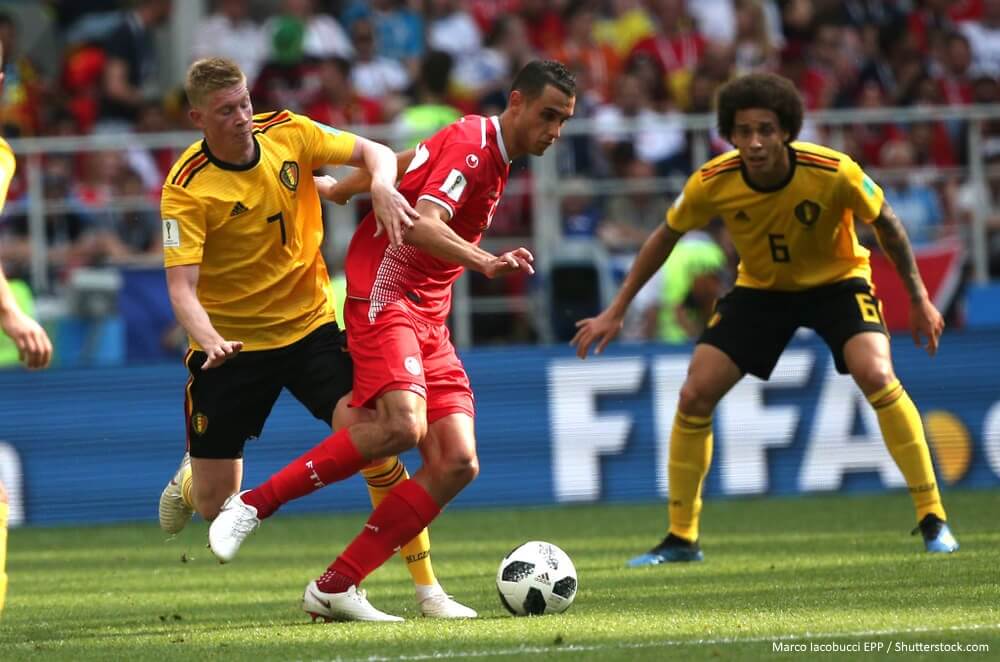 Keeping a first-half clean sheet in all of their last nine outings, and currently enjoying a seven-game unbeaten run on the back of four consecutive draws, Tunisia have qualified for their third-straight AFCON quarter-finals. However, they have lost their last two AFCON quarters – while conceding precisely two goals on each occasion.

The late substitute Rami Bedoui scored an awkward own-goal in injury time against Ghana in the previous round and cancelled out Tunisia’s 1-0 lead, and therefore, sent the game to extra-time. Luckily for the Eagles of Carthage, they were better on penalties thanks to goalkeeper Farouk Ben Mustapha who saved Caleb Ekuban’s shot. It was a great decision by head coach Alain Giresse who substituted Mouez Hassen with Ben Mustapha in the final minute of extra-time.

Naim Sliti was Tunisia’s top scorer in AFCON qualifiers and has scored each of his last four international goals in the second half. Tunisia have conceded each of their previous five AFCON finals goals in the last 30 minutes of play.

Madagascar vs Tunisia Head to Head

The Eagles of Carthage have won to nil in each of their two previous competitive H2H meetings with Madagascar. Both games produced under 2.5 total goals, as have each of Tunisia’s last five games in the AFCON finals.

Our Madagascar vs Tunisia Africa Cup of Nations 2019 Betting Tip

Tunisia are the favourites at 3/4 odds with bet365, and even though Madagascar impressed at this tournament, and the neutrals are rooting for them to go all the way, our Madagascar vs Tunisia Africa Cup of Nations 2019 betting tip is Tunisia to get a win. The Eagles of Carthage are still without a regular time victory at this AFCON, and this is the right time for them to get one finally. The biggest reasons we’re backing them are experience and ability to play on the result, which makes them a tactically better side at this moment.