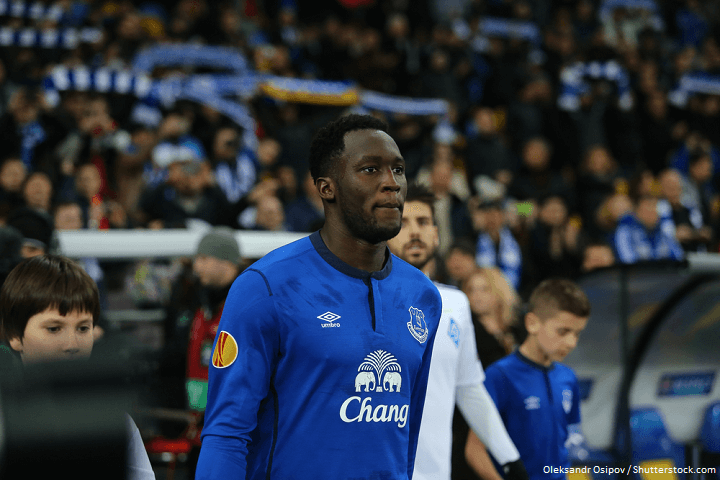 Romelu Lukaku has had a decent season in the Premier League with Manchester United. With four matches remaining in the 2018/19 campaign, Lukaku has netted 12 league goals in twenty-nine appearances for the club.

His overall record at Old Trafford is very good and the Belgian international has scored 42 goals in 93 appearances, which is a strike-rate of almost one goal every two matches. In fact, every club where Lukaku has played, including Anderlecht in Belgium and Everton in the Premier League, the forward has a good goal scoring record.
However, as we approach the end of the season 2018/19 season, there are strong rumours linking him with a transfer away from Old Trafford.

The one reason why new Manchester United manager, Ole Gunnar Solskjaer may be keen to offload Lukaku is because he does not fit his playing style. It is thought the Red Devils are going to undergo major squad changes in the summer and Lukaku is one player which the Norwegian can do without to free up space and funds to improve the team.
Solskjaer likes a dynamic style of play and it is clear he prefers Marcus Rashford up-front, who has the range of movement to stretch defences.

In recent weeks, there have been strong links between Lukaku and Serie A. His brother, Jordan Lukaku plays as a defender for Lazio and he could be about to join him in Italy, although at a different club.

Federico Pastorello, Lukaku’s representative, admitted in a television interview in April that his client’s future was “very open”, a move to Italy appealed and that the Belgian was “someone who loves to know a different culture, a different football”.

The player himself talked up the prospect of playing in Italy last October, so there is definitely something in the transfer rumours and we could see a move materialise in the summer.

Inter Milan are the bookies favourites to sign Lukaku in the summer transfer window at 6/1 with Betfair. They will be hoping to play in the Champions League next season and Lukaku could line-up alongside Mauro Icardi to form a lethal striking partnership in Serie A for the 2019/20 campaign.

Manchester United have been interested in signing central defender Milan Skriniar and winger Ivan Perisic from Inter Milan, so we could see a player plush cash deal take place.
However, Inter Milan are not the only Italian team reportedly interested in Lukaku’s services and Juventus are 8/1 to sign the Belgian striker.

With Mario Mandzukic and Cristiano Ronaldo in the latter stages of their career, Lukaku could be the man to lead the Juventus attack next season. The prospect of winning the Serie A title and a deep run in the Champions League will be very appealing.