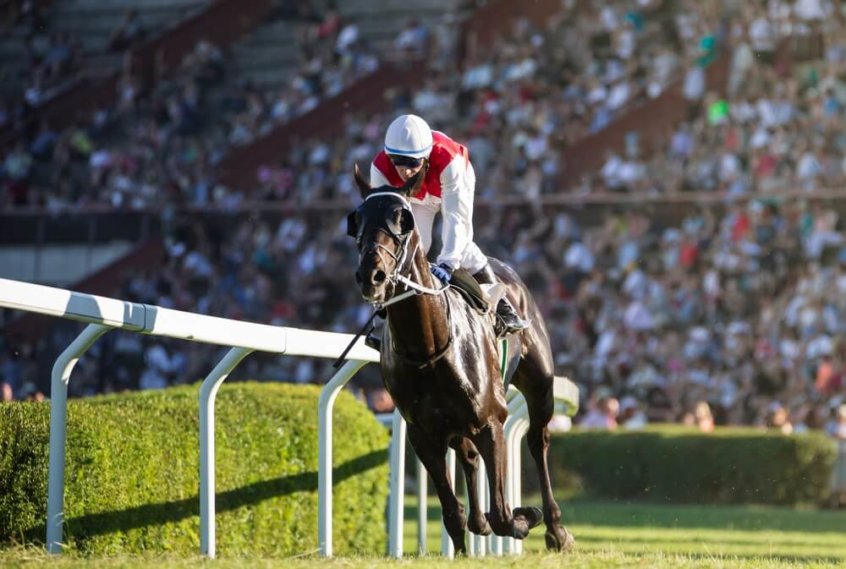 The King George Chase is the jewel in National Hunt Racing’s Christmas crown and it takes place at Kempton Racecourse on Boxing Day. The race has been established for over 70 years and is run over three miles, with horses required to jump 18 fences.

Last year’s winner is officially the second-highest rated horse in the field this time around but has already proven he relishes the flat right-handed Kempton course. As well as winning the 2017 King George, he was also an unlucky last-fence faller in the 2016 Kauto Star Novices’ Chase. Connections blamed the fences for his recent defeat in the Betfair Chase and Nicky Henderson and Nico de Boinville have both said he’s in decent form before the defence of his crown.

Officially the third highest-rated horse in the field after his Ascot Chase win last season and, having had to miss last spring’s big festivals at Cheltenham and Aintree, connections have been waiting patiently since then. Already an impressive previous winner at Kempton he has the potential to be even better this year and his ability to handle soft ground, travel easily, and jump at pace should be huge assets. However, he steps up to three-miles for the first time and has to prove he stays this far.

Trained by Paul Nicholls but is another that has yet to prove his stamina for three-miles. His trainer, owner, and jockey Harry Cobden all think he’ll stay though and he’s already notched up a couple of wins over the Kempton fences.

The former Stayer’s Hurdle winner won the 2016 King George as a novice but, having been injured during his first run after that win, he’s not looked as good in three starts since. Could bounce back but older than most in the field and probably vulnerable to younger legs.

Last season’s Cheltenham Gold winner is officially rated 4lb and upwards better than his rivals but that rating was achieved over 3 miles and 2½ furlongs at Cheltenham and Kempton provides a very different test. He certainly wasn’t at his best here on his one previous visit and would only be of interest if the ground was very heavy and the race became a real stamina test.

A win for Waiting Patiently would be brilliant for the small stable of Ruth Jefferson, but it’s Nicholls, Henderson, and Tizzard who usually dominate the King George. However, the Tizzard pair of Thistlecrack and Native River look up against it, and it may be Might Bite and Politologue that fight out the finish, with Might Bite’s proven stamina expected to make him another back-to-back winning favourite.

Claim the best Odds now at Racebets
New customers only. Minimum deposit £10 – must play through once. 100% Maximum bonus £50 on first deposit only. 5x wagering at minimum odds of 1/2(1.5). Must be completed within 45 days of registering. T&Cs apply.