The 2019 Wimbledon Championships starts on Monday 1 July 2019, and the first day of the tournament brings a derby match between the defending vice-champion and fourth-seeded Kevin Anderson and Pierre-Hugues Herbert.

The reigning vice-champ missed the whole spring, recovering from an elbow injury. The World No. 8 returned to action at the Queen’s Club where he lost to Gilles Simon in three sets in the second round. This season, Anderson has a 9-3 record, winning one title in Pune on a hard court. Last year, Anderson made it to the championship match at Wimbledon after five-set victories over Roger Federer in the quarterfinal and John Isner in the semifinal. However, Anderson lost all his energy in the epic fifth set against Isner (26-24), so he couldn’t cope with Novak Djokovic in the final, losing in straight sets. Anderson has a 37-26 record on the grass court in his career, and he’s never won a title on the fastest surface.

The 28-year old Frenchman is coming to London as the World No. 38, and he’s enjoying a solid season, winning 21 of his 36 matches in 2019. Herbert lost the championship match in Montpellier back in February, and the Frenchman is still searching for his first ATP title. 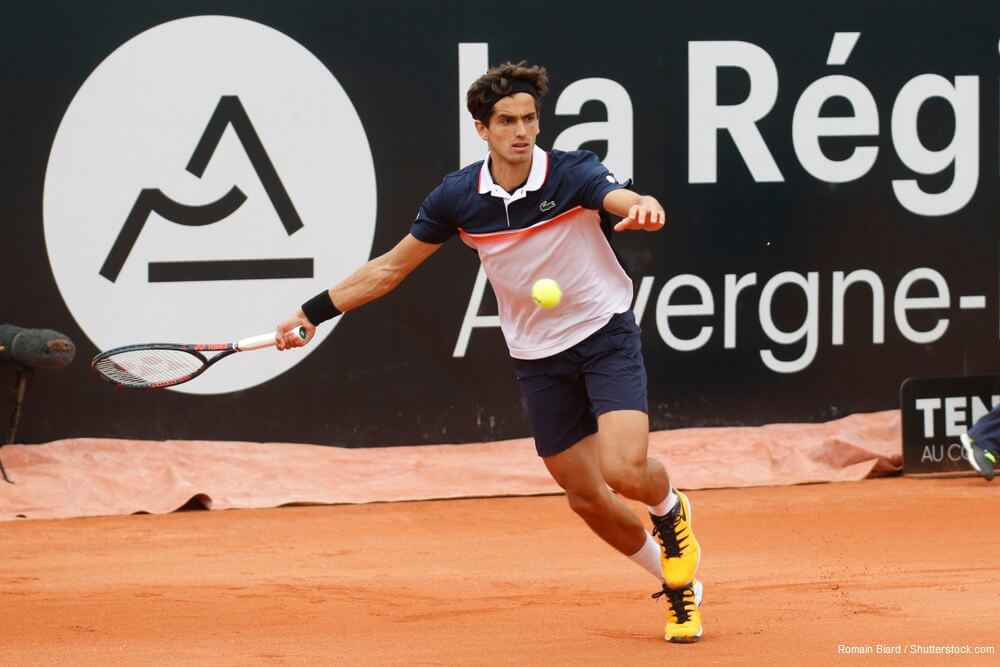 Prior to Wimbledon, Herbert reached the semis in Halle where he lost to Roger Federer in straight sets, while he exited in the second round in Eastbourne after a loss to Daniel Evans 6-3 7-5. Herbert has a 14-13 record on grass in his career, making it to the third round at Wimbledon once in 2016.

Anderson vs Herbert Head to Head

Kevin Anderson and Pierre-Hugues Herbert met each other only once, and Anderson defeated Herbert 6-4 7-5 in the championship match at Winston-Salem on a hard court back in 2015.

Although Anderson missed almost three months of action, while Herbert played very well in Halle, the bookies listed the defending vice-champ as a strong favorite to reach the second round. You can take Kevin Anderson at 4/9 with Bet365 or William Hill, while Pierre-Hugues Herbert is set at 7/4 on same platforms. Also, Anderson is available at 10/11 to cover a 1.5-set handicap with Betfair.

When it comes to the total games, the bookmakers set the line at 41.5 which means they expect to see at least four sets in this match. The over is 4/5 with Betway, while the under is 10/11 on the same platform.

I think Pierre-Hugues Herbert stand a chance here, so I expect to see a thrilling match that would go in the over on total games. Both players possess a great serve, and I wouldn’t be surprised if they play a few tiebreaks. Hereof, I suggest you take the over 41.5 games at 4/5 with Betway.

Kevin Anderson is far away from his best form and could easily struggle against Herbert, especially if the Frenchman serves at the high level. I would avoid the side bet and stick with the total games, but if you are looking for the first-round upset, go with Herbert at 7/4 with Bet365 or William Hill.