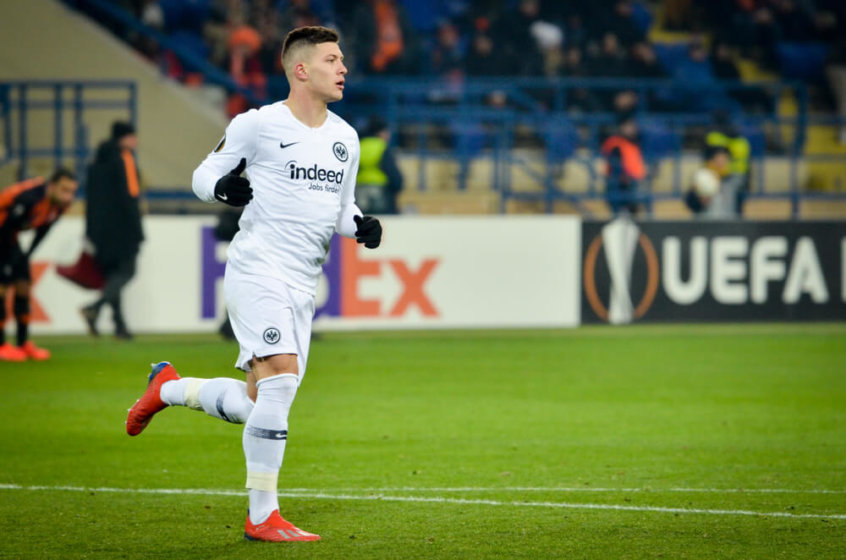 The Premier League has seen its fair share of top Serbian talent over the years.  Savo Milosevic, Nemanja Vidic, Branislav Ivanovic and Aleksandar Kolarov to name but a few who have played in the English top flight.

Currently, there are four Serbian players operating in the Premier League and they are Nemanja Matic, Aleksandar Mitrovic, Luka Milivojevic and Lazar Markovic.  However, they could be joined by another Serbian international in the summer and Luka Jovic has emerged as a target for Premier League clubs.

Jovic currently players in the Bundesliga for Eintracht Frankfurt and is enjoying a fantastic season with the German club.

At the time of writing, Jovic is the top goal scorer in the Bundesliga this season, with 15 goals to his name.  He is above the likes of Robert Lewandowski, Marco Reus, Paco Alcacer and Timo Werner in the pecking order, the latter of which has been linked with a move to Bayern Munich recently.

Not only has Jovic been scoring goals for Eintracht Frankfurt, he has been creating chances for his team mates and has 5 assists this season, highlighting his ability to both score himself and set-up goals for other players.

Having started his career at Red Star Belgrade, Jovic joined Benfica in 2016 before moving to Frankfurt on a two year loan deal with an option to buy.  Eintracht took up that option and it is reported they picked up Jovic for just €7million.

In addition to his 15 goals in the Bundesliga, Jovic has netted 6 goals in the Europa League to take his tally over the 20 goal mark this season and his goals and creativity have seen him linked with the biggest clubs in Europe.

According to PaddyPower, Chelsea are leading the way in the Premier League to obtain Jovic’s services for next season.  With Gonzalo Higuain on loan and the potential departure of Eden Hazard to Real Madrid, Chelsea will need to bolster their attacking options and Jovic is 9/1 to make the move to Stamford Bridge in the summer.

The only other Premier League team being linked with Jovic is Manchester United and they are out at 20/1 with PaddyPower but do not be surprised to see Liverpool enter the frame, especially if they receive a big money offer for Mohamad Salah.

However, the bookmakers favourites to land the signature of Jovic is Barcelona.  The Spanish giants have already secured the services of Frenkie de Jong from Ajax and appear keen to tie up another deal for a top, young European player.

With rumours the two clubs have already met to discuss a deal, Barcelona are the 10/11 favourites with Betfair to sign Jovic in the summer transfer window.  What better way to continue his career than playing alongside arguably the greatest forward of all-time, Lionel Messi?