The quarter-finals of the 2019 Africa Cup of Nations continue with the tilt between Ivory Coast and Algeria.

The Desert Warriors have been dominant at this tournament so far as they won all four games without conceding a single goal, and there is a good reason why they’re the favourites here. Algeria secured a comfortable 3-0 victory over Guinea in the previous round while Ivory Coast had a harder job against Mali.

Still, the Elephants managed to snatch a 1-0 win despite being inferior for the big part of the match. The winner of this tilt will face Nigeria or South Africa in the semi-finals. 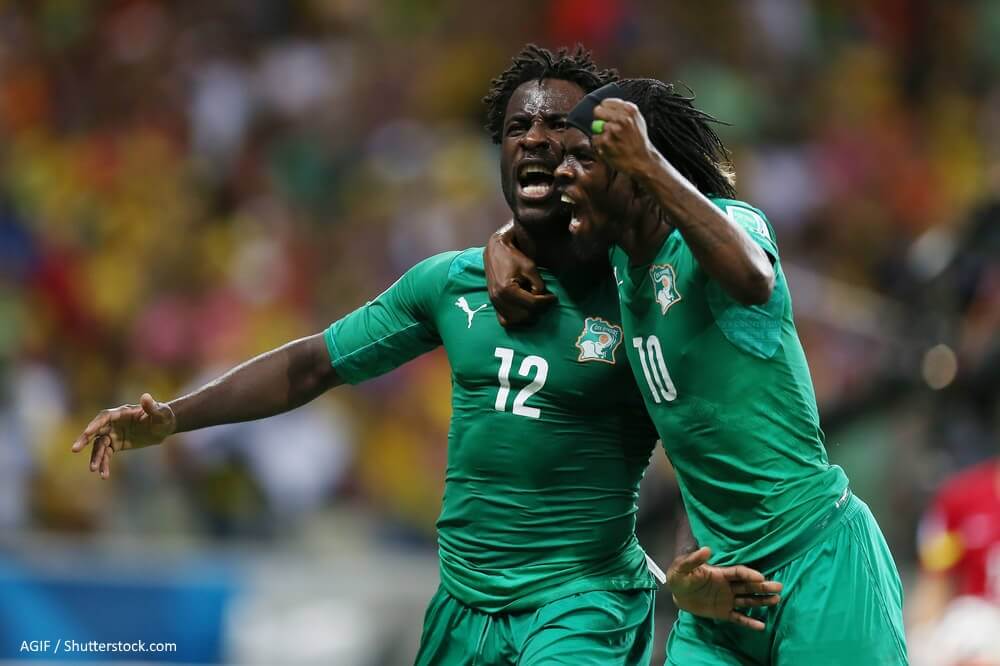 These nations have met a total of seven times so far at the Africa Cup of Nations finals. Though the Ivory Coast have an all-time edge (W3, D2, L2), two H2H meetings at the quarter-final stage of AFCON have (if including extra-time) yielded a win apiece.

January 2010 remains the last time an Ivory Coast team failed to win an AFCON finals match after scoring first, with the Elephants winning their previous 13 games in that category. Going back to Jan 2012, over half (14) of the Ivory Coast’s 27 goals scored within that sequence arrived beyond the hour mark.

Each of the Ivory Coast’s last three goals has arrived beyond the 75th minute, with Wilfried Zaha scoring two of them. Impressively, Ivory Coast have not lost an AFCON finals match inside 90 minutes after scoring first this century. However, the Ivorians have gone on to lose 1-0 in each of the last two AFCON finals fixtures where they have conceded first.

Algeria are also masters of holding out after scoring first, doing so with a clean sheet in every match of this AFCON tournament’s finals. However, only the most recent of those victories (3-0 v Guinea) saw them win both halves.

The two teams’ respective historic quarter-finals performances are contrasting. Starting with AFCON 2008 (held in Ghana) teams representing the Ivory Coast have negotiated the quarter-finals in every other tournament. Algeria, meanwhile, have only prevailed in the quarter-finals once (in 2010) since winning AFCON as hosts in 1990.

Adam Ounas has been Algeria’s final goalscorer in his last two matches, netting those goals inside the last 15 minutes of either half. Three of Algeria’s four AFCON 2019 finals wins have seen all of their goals arrive in the 15 minutes before/after half-time.

These rivals have met 11 times since 1968, and Ivory Coast have a slight advantage in H2H encounters with four wins; Algeria have three while four duels ended without a winner. The Desert Warriors are winless in H2H clashes since 1990 (excluding extra-time and penalties) while the Elephants were better in the latest match, winning 3-1 back in February 2015, in the quarter-finals of AFCON.

Algeria are the favourites at 8/7 odds with Betfair, and although they haven’t beaten Ivory Coast recently, it seems that the Desert Warriors are playing better football at the moment. Still, this game could go to the extra-time while the Elephants have a lot of quality and can beat any African team, so we’re not going to bet on a full-time result.

Instead, our Ivory Coast vs Algeria Cup of Nations 2019 betting tip is both teams to score, and here’s why. Algeria kept their net intact at this tournament, but Ivory Coast scored five goals in the last two games, and they scored at least two in each of the previous three duels with Algeria. With the firepower in the attack they’ve got, the Ivorians can unlock Algeria’s sturdy defence. Back BTTS at 6/5 with William Hill.