The International 2017 Battle Pass is a Dota 2 bundle that contains an impressive number of features and rewards. It was made available to players on May 4th and is designed to motivate the Dota 2 community to support this great competition (The International), which is basically the world championship of this famous eSport. 25% of the proceeds gathered by Valve in the process of selling Battle Pass related content will be added to the tournament’s prize pool. At the moment, this prize pool is sitting at 22.4 million dollars and is the largest prize pool in the history of eSports. 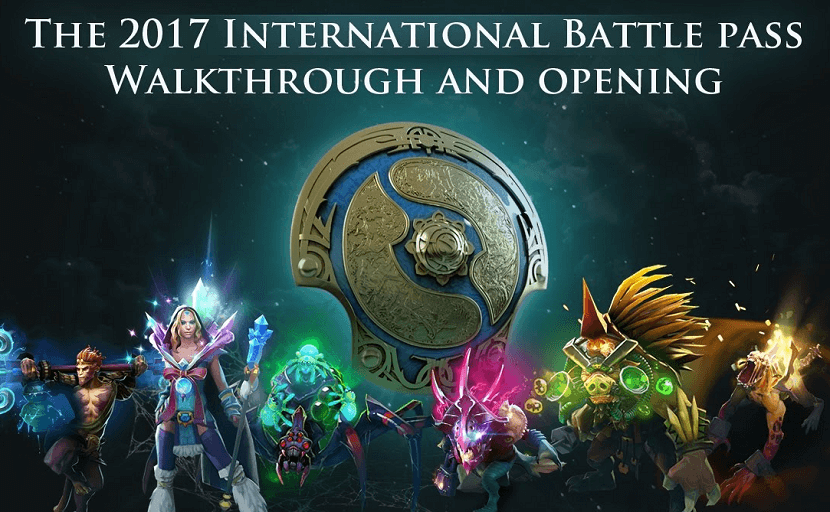 The International 2017 Battle Pass can be bought at level one (for $9.99) or 75 (for $36.99). Afterwards it can be leveled up by completing challenges and quests, wagering tokens in matches (and winning those matches) or simply by purchasing levels (at the cost of $2.49/$4.99/$24.99 for 5/11/24 levels). When unlocking a new level, players often receive a reward: an Immortal Treasure chest, a hero taunt, various in-game item effects and so on. Those who reach level 1000 will receive a special glow effect for their in-game fountain Aegis and will be invited to receive The International 2017 Collector’s Aegis, which is a 1/5th scale replica of the one that will be given to the TI7 winning team. Last but not least, players who reach level 2000 will also receive a second physical reward (a baby Roshan statue), as well as a custom version of Roshan that can be used in-game to replace the dragon’s default form.

What does it contain?

Here are some of the key elements and features of The International 2017 Battle Pass:

This is a multiplayer campaign with an RPG feel to it, designed for a party of 4 premade or random players. It’s split into two acts and offers a great adventure for those who want to experience the RPG side of Dota 2.

Every week, Battle Pass owners receive a number of tokens that can be wagered at the start of each match. Winning the match grants you twice the number of points you wagered. For every 1000 points you gain one Battle Pass level. As you get to higher and higher levels, you earn Battle Point Tributes. These can have a value of 250, 500 or 1000, and allow you to add bonus tokens to the wagers of your entire team.

Unlike normal (or solo) quests, these are quests that you must do with your team.

The cumulated level of your team’s Battle Passes changes the appearance of friendly towers inside the game. And the higher the level, the fancier the structures you get.

While queueing for a match, you can answer trivia questions related to Dota 2. Correct answers will give you points, and earning enough of them will grant you Battle Pass points. For each 1000 of these later points, you get one Battle Pass level.

Every week, you can double down on the MMR you’re willing to wager at the start of a match. Winning the match gives you twice the MMR you would have gotten otherwise. However, the opposite is also true for losing. Depending on your Battle Pass level, you can use this feature 1, 2 or 3 times a week.

Battle Pass owners can select the next hero to receive an Arcana item, which is a rare customization of a hero’s appearance, including particle effects, animations, sounds, icons and so on. This selection is done through a long tournament-like process of voting, pitting hero against hero and letting the community choose one of them each time. The winning hero advances to the next stage, while the losing one is eliminated.

Players who own a Battle Pass can try to recalibrate their solo and party MMR by playing matches against other Battle Pass owners who want to do the same thing. This mode of playing is called International Ranked. The first 10 matches are for calibration, and playing 40+ matches in this mode before the Battle Pass expires (on September 18th 2017) allows you to replace the MMR you already have with your International Ranked MMR (if the second one is higher of course).

This is a player’s “digital companion” to The International 2017 tournament and it allows you to make a large variety of predictions about what’s going to happen in this competition, select 10 players for the All-Star Game (which will feature a $100.000 prize) and so on.

To find out more about The International 2017 Battle Pass go to https://www.dota2.com/international/battlepass/.