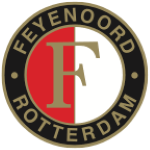 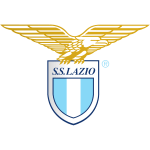 Top match at the Feyenoord “De Kuip” stadium in Europa League Group F! For the last group matchday of the Euro League, Feyenoord Rotterdam welcomes Lazio from Rome for an exchange of blows. The visitors are tied with Sturm Graz at the top of the group, while the Dutch are 3 points behind in 3rd place. Unfortunately, the Danish outsider Midtjylland also has 5 points, while the home side has not been able to gain an advantage in the direct comparison. As a result, both opponents’ goal records will be decisive. For this reason, we expect an intense exchange of blows in which both will take high risks.

For both teams, the pressure is considered immense this coming Thursday night. After the two sides parted with a brilliant 4-2 win for the Italians in Rome, the second leg is set to be a comparably high-scoring match. Feyenoord may only have half the squad value, but at the end of the day the Dutch have the home advantage at their back. For this reason, the bookmakers also see the Rotterdam side as favourites to win the match. Nevertheless, the Italians have the much higher quality squad, which is why the whole thing is considered anything but certain.

Feyenoord Rotterdam – make the leap to the CL places

Arne Slot’s team is playing a strong season so far and has 24 points after 11 games in the domestic Eredivisie. As a result, the Dutch are in 5th place in the table, while they have still played one match less than the competition. As a result, they can draw level with Eindhoven in 2nd place on their own merits. League leader Amsterdam is 4 points ahead with the same number of matches, which is why even the championship race is still considered open.
In the Europa League, however, the Dutch have so far fallen well short of their expectations. Originally, the home side were considered favourites for the 2nd place in the group, but in the end, Sturm Graz has beaten them to it. There were only 2 draws, which is why they now need a win against the strong Italians. In addition, the hosts would have to hope for some help from the Danish underdogs. In any case, the chances could be better.

Maurizio Sarri’s team is performing strongly this season, which is why the Romans find themselves in 4th place in Serie A with 24 points after 12 games. However, the other team, SSC Napoli, is still undefeated and remains at the top of the table with 32 points. Nevertheless, Bergamo are not far away in 2nd place, only 3 points ahead, which is why Lazio would like to climb further up the table. However, Sarri’s team suffered a bitter 1:3 home defeat against 11th-placed US Salernitana last Sunday evening.
Now it’s time to put this bitter defeat behind us and focus on winning the Champions League group. Ex Dortmund players Ciro Immobile and Co. are clearly superior in terms of both play and quality. They will bring this to the pitch at De Kuip and press for the opening goal early on. Nevertheless, Sarri’s team should not underestimate the home side, who are always capable of putting in a strong performance.

Our expert tip for Feyenoord Rotterdam vs. Lazio Roma is victory for the Biancocelesti. Sarri’s team is considered superior in terms of play, while they have the clearly better individual players. In the course of this, we assume that the Italians will bring their consistency on the pitch and will decide the contested encounter in their favour. In the course of this, we bet on Lazio to win the match, for which we receive odds of 21/10.