One of the most interesting matches of the second round at the ATP Masters in Montreal is certainly the clash between the home favourite Denis Shapovalov and the 2nd seed Dominic Thiem. The Canadian rising star will have a tall task against World No. 4, but with the home audience behind him, Shapovalov will make this match a pure joy to watch. 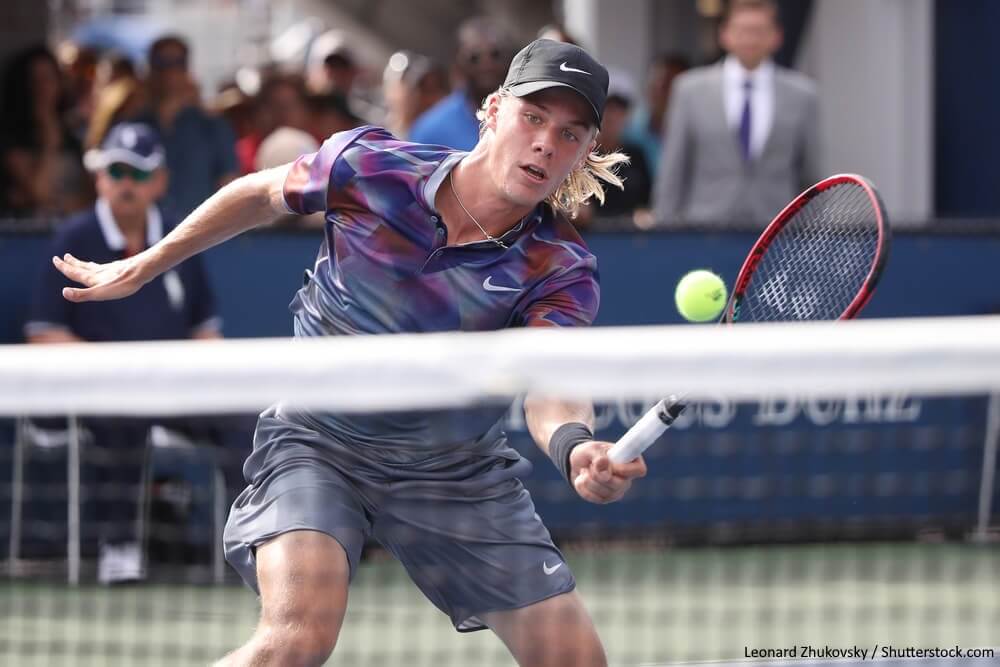 Denis Shapovalov (Canada) in action during his US Open 2017

The 20-year old Canadian defeated Pierre-Hugues Herbert in straight sets 6-3 7-5 in the first round of the ATP Masters in Montreal. Shapovalov made eight double faults, but he still won 80% of his 1st serve points while breaking Herbert’s serve four times.

The 25-year old Austrian will take the court for the first time since his triumph in Kitzbuhel on the clay court last week. It was Dominic’s third title in 2019 and 14th in his career, while Thiem is 29-11 this season. He also won the first Masters title this year, beating Roger Federer in the championship match in Indian Wells.

Thiem is 9-4 at the ATP Masters this season and 58-43 in his career. Also, Dominic is 6-3 on a hard court in 2019 and 105-81 in his career, while the Austrian has never won a single match at the Canadian Open, suffering five straight losses.

Shapovalov vs Thiem Head to Head

This will be the second meeting between Denis Shapovalov and Dominic Thiem, and the Austrian defeated Shapovalov in straight sets 6-2 6-3 in Acapulco on a hard court last year.

The bookies consider Thiem as a favourite to win this battle, and you can take Dominic at 8/13 odds with William Hill, while Denis Shapovalov is available at 13/10 odds on the same platform. Also, Betway offers 6/4 odds on Dominic Thiem to win in straight sets.

Although Thiem easily outlasted Shapovalov in Acapulco last season, this match should be much more interesting to watch. The line on the total games at 23.5 tells you the same, and Betway offers 4/5 odds on the over and 10/11 odds on the under.

Our Shapovalov vs Thiem Betting Tip

Despite the fact that Dominic Thiem has never won a match at the Canada Masters, I suggest you take the Austrian to reach the next round at 8/13 odds with William Hill. Thiem is 7-2 in his last nine encounters with the left-handed players, and his style of play with a lot of top spins certainly doesn’t suit Shapovalov.

Denis will play at home which could be an important factor, but I would avoid taking the total games. He’s not playing in a good form, while Thiem didn’t drop a set in Kitzbuhel last week. Therefore, I would stick with Dominic to win straight up.