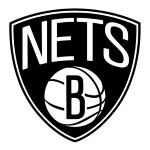 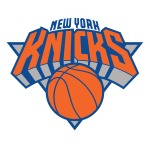 The top news in the NBA this week is the Brooklyn Nets firing Coach Steve Nash who is out after a 2-6 start. It seems like Kevin Durant won that war and now it is on him to lead the team to a winning streak. If firing Nash was the best move for the team will be pretty visible in their game against the local rival New York Knicks at the Barclay’s Center on November 9, 2022.

The Brooklyn Nets are in 13th place in the Eastern Conference with a 2-6 record which is much lower than the predictions. The Nets have been one of the top contenders since Kevin Durant and Kyrie Irving joined forces but have not met the expectations by now. Both of the superstars wanted to see Steve Nash gone and now when that finally happened, the Nets superstars will have to step up.

Durant is the team-leading scorer with 32.5 points per game on with Irving following the way with 26.9. Ben Simmons is not having his best start with the Nets as he is just over 6 points per game with 6 rebounds and 7 assists.

Steve Nash has been fired as the Nets coach after two years with the team.

The New York Knicks have started the season with a 3-3 record. Jalen Brunson has been a great addition to the team after joining the Knicks on a $104 million deal this off-season. The fact is that the Knicks lost to Milwaukee and Cleveland which are some of the best teams in the conference but the improvement in their game is obvious.

Quentin Grimes and Cam Reddish are out for the Knicks

The Brooklyn Nets have won the last five games against the Knicks but only the last one was with a double-digit margin.

Kevin Durant was threatening to leave the Brooklyn Nets in the off-season but somehow he decided to stay even though the Nets front-office didn’t address any of his demands. Finally, it seems like KD got what he wanted as Steve Nash was fired from the head coaching job. Rumors are that the suspended Boston Celtics coach Ime Udoka will step in which may be a good move for the Nets. Anyway, their poor start is something that has dropped them in the standings and Durant and Kyrie Irving will need to step up. Both of them are playing great individually averaging more than 30 points per game but the wins are just not there for the Nets. The Knicks have started the season splitting the first six games which was expected from a team that made personnel changes during the off-season.

The local rivalry is huge in New York and Brooklyn will have to win this one. Now all the pressure is on Durant and Irving and they will have no excuse for losing games against opponents like the Knicks. Given that, the Nets will go strong at home against the Knicks and win this one by at least 10 points differential.