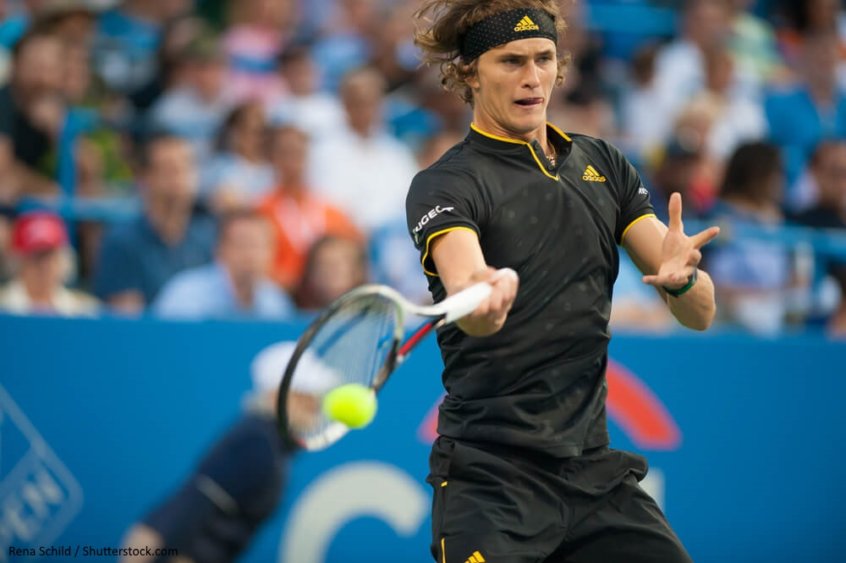 The 2019 Coupe Rogers will be held in Montreal, Canada, and the first-round matches are set for Monday 5 August. Novak Djokovic and Roger Federer will both miss the Canadian Open, but all other top 10 players will be in Montreal next week including the defending champion Rafael Nadal.

We expect to see a great tournament at IGA Stadium. The young lions will be highly motivated to prove their worth in Novak and Roger’s absence, so let’s take a look at the main draw and top contenders to win the ATP Masters in Montreal.

Rafael Nadal is coming for his fifth title

World No. 2 and the reigning champ Rafael Nadal will take the court for the first time since a semifinal loss to Roger Federer at Wimbledon. We all know that Rafa is not a fan of a hard court, but the 33-year old Spaniard will try his best to add another Masters trophy to his showcase.

After a first-round bye, Nadal will probably meet Alex de Minaur in the second round. David Goffin is lurking in the third round, while Fabio Fognini is a potential rival in the quarterfinal. We can say Rafa got an excellent draw whereas Kei Nishikori and Stefanos Tsitsipas loom in the semis, and all these players will have a mountain to climb against Nadal.

Can Dominic Thiem win another ATP Masters in 2019?

World No. 4 and the second seed Dominic Thiem is coming off a terrific performance in Kitzbuhel this week. The 25-year old Austrian won his third title in 2019, beating Albert Ramos in straight sets in the championship match.

Thiem won his first ATP Masters trophy in Indian Wells back in March. As well as Rafael Nadal, Dominic loves to play on a clay court, but he’s very dangerous on a fast surface when playing at the highest level. Considering his current form, Thiem could go all the way in Montreal, but he got a pretty tough draw.

Dominic could meet the home favourite Denis Shapovalov in the second round, while Matteo Berrettini and Marin Cilic loom in the third round. Likewise, Daniil Medvedev, John Isner, and Nick Kyrgios are all in Dominic’s quarter of a draw. Thiem is available at 12/1 to win the title with 888Sport.

Alexander Zverev leads the way for the young lions Although he’s just a 22-year old, Alexander Zverev has three ATP Masters titles including a victory in Montreal in 2017. However, World No. 5 has a poor season. He won the title at ATP 250 in Geneva on a clay court, but Zverev lost 15 of his 43 matches in 2019.

Two weeks ago, Zverev couldn’t reach the final in his hometown Hamburg, while he’s 4-5 at the ATP Masters this season. Still, Sascha is a former champ here, and he should have a clear path to the quarterfinals. You can take him at 9/1 to lift the trophy in Montreal with BetVictor.

Karen Khachanov and Daniil Medvedev are two Russian players who could make some noise in Montreal this year. However, they have a tough draw, especially Khachanov who could meet Stan Wawrinka in the second round, while Felix Auger-Aliassime and Milos Raonic lurk in the third round. Khachanov is a 33/1 underdog to win the title with Betfair, while Medvedev is set at 12/1 odds on the same platform.

Felix Auger-Aliassime is another player to watch next week, and the 18-year old Canadian is enjoying a wonderful season. He’s 28-15 in 2019 and 9-5 at the ATP Masters, while Felix lost three finals this season at the ATP Tour. The teenager is a 16/1 underdog to win the crown in Montreal with William Hill.

The 22-year old Croatian Borna Coric has recovered from an injury and will be the 11th seed in Montreal. Still, it’s hard to expect from Borna to win the title at 50/1 with BetVictor after missing a month of action. Likewise, Coric is in Nadal’s quarter of a draw, while Fabio Fognini is his potential rival in the third round.

Finally, Stefanos Tsitsipas is coming to Montreal as a defending vice-champion. He lost to Nadal in straight sets last year, and the 20-year old Greek will be keen to bounce back from a disappointing display at Wimbledon where he exited in the first round. Tsitsipas is set at 11/2 odds to reach another Canadian Open final with Paddy Power.

Tsitsipas has a 37-15 record in 2019, winning a couple of titles in Estoril on clay and Marseille on a hard court. World No. 6 has a 20-15 record at the ATP Masters in his career, while he’s 10-15 against top-10 players. Stefanos will probably meet Taylor Fritz in the second round and should have a clear path to the quarterfinals.

The best of the rest

World No. 7 and the 5th seed Kei Nishikori is a former finalist of the Canadian Open. He lost to Novak Djokovic back in 2016, and the 29-year old Japanese is certainly capable of winning the trophy in Montreal this season at 12/1 odds with Paddy Power.

Nishikori is still searching for his first ATP Masters title. He could meet the 10th-seeded Roberto Bautista Agut in the third round, while Stefanos Tsitsipas lurks in the quarterfinal. Bautista Agut is another player who could upset the odds in Montreal. The 31-year old Spaniard made it to the semifinal at Wimbledon, and he’s been playing in a great form lately. Roberto is a 40/1 minnow with BetVictor.

Milos Raonic will play in front of the home fans, but the 17th seed is far away from his top form, as well as the 12th seed John Isner. Still, both Raonic and Isner will be dangerous opponents if they manage to serve at the highest level. Raonic is listed as a 25/1 underdog to win the title here with Betfair, while Isner is a 33/1 minnow on the same platform.

Considering Rafael Nadal’s draw, I expect to see the defending champ in the semifinal facing off against Stefanos Tsitsipas or Kei Nishikori. On the other side, in the bottom half of a draw, there are a lot of guys who could make it to the last four, but I think the winner will come from the top half.

Hereof, I would take Rafael Nadal to retain the crown. If you are looking for a potential upset, take Kei Nishikori who’s looking for his first ATP Masters title and will need to beat Nadal in the semis. Also, Roberto Bautista Agut could be a dark horse of the 2019 Canadian Open.