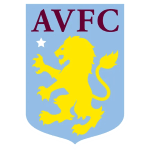 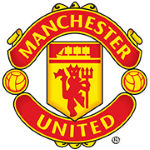 Herculean task at Villa Park! For the 15th Premier League matchday, Aston Villa welcome Manchester United to a home clash. The home side will be under pressure, as they are well below their expectations in 16th place. At the end of the day, they have to leave the relegation battle behind them, but even Nottingham in last place are not far away with only 3 points.

The Red Devils, on the other hand, are determined to live up to their role as favourites and make the leap to a Champions League place. The ten Haag eleven is currently in outstanding form, which is why the points forecast is immensely good.

Both teams will be under a lot of pressure on Sunday afternoon, because at the end of the day they would both need a win. However, only the visitors, who could almost be described as fearful opponents, have realistic chances. The record of the past 10 meetings is 7:1 in favour of the Red Devils. In addition, the guests have a 70% higher squad value, which again emphasises the difference in quality between the two clubs. In addition, the form of the past weeks and months clearly speaks in favour of the guests, which is why the bookmakers see ManU as clear favourites to win.

The past few weeks have not exactly been easy for the Villans, which was underlined by the sacking of Liverpool legend Steven Gerard. Now they have a young 37-year-old in Aaron Danks, who made his Premier League debut for the Villans in a 4-0 win over Brentford. However, on the following matchday there was an equally clear 4-0 defeat against fourth-placed Newcastle United.

Now, Manchester United and Brighton face a difficult remaining schedule until the World Cup break. Liverpool and Tottenham, two more top teams, follow at the turn of the year, which is why the points forecast for the coming match days is rather low. As a result, the 16th-placed team will have to put in its best performance in order to pull off another surprise. In any case, the Villans have their home fans behind them.

The Red Devils have been performing immensely well this season, as evidenced by their 5th place in the table. Erik ten Haag’s team has already won 7 games in 4, while they have only suffered 3 defeats. 2 of them right at the start of the season, which underlines the strong performances since then. And Marcus Rashford and Co. manage all this without the superstar Christiano Ronaldo, who is mostly only a substitute in most games.

The young eleven follows the Dutch head coach and shows strong performances. Even at Stamford Bridge, ManU were the team that dominated the game, although they did not manage more than a 1-1 draw. Now they have to live up to their role as favourites in the next two Premier League games against Aston Villa and Fulham and get the maximum points before the World Cup break.

Our expert tip for Aston Villa vs. Manchester United is victory for ManU. Erik ten Haag’s team is clearly in better shape, while they are also superior in terms of quality. As a result, we do not expect any surprises and are betting on Manchester United to win the match. For this we get a winning odds of 2.06.

Given the condition of the two clubs and the qualitative difference of the individual players, the question of the winner virtually does not arise. As a result, we expect a convincing performance from the Red Devils and are betting on a +1 handicap bet. We bet on ManU to win the match, for which we get odds of 3.8. Furthermore, we assume that the boys from Old Trafford will score at least 2 goals. Consequently, we bet on over 1.5 goals for Manchester United with odds of 1.94.