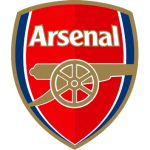 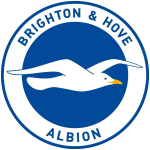 After 30 years without the EFL Cup, aka League Cup, Arsenal will start the battle for the prize again this week. Arsenal takes on Brighton. It is the number one against the number six of the Premier League. In this preview, we look ahead to the match. We share the latest news, the bookmakers’ favourite with corresponding odds and share a betting tip at the end of this article.

Things are running smoothly at Arsenal this season. Mikel Arteta’s boys have claimed the lead in the Premier League. Last weekend, the team won 0-1 against Chelsea. It was Gabriel Magalhães who found the net in the 64th minute. Thanks to his goal, Arsenal is now eight games unbeaten in the Premier League. It was the third game in a row in which the Gunners did not get any goals against. The team is in first place in the league with a two-point lead over Manchester City.

For Arsenal, this is the first match in the battle for the EFL Cup. That is because Arsenal is participating in the Europa League, and all teams active in Europe only participate from the third round. In the Europa League, Arsenal has had good results so far. Despite the loss against PSV, Arsenal finished first in Group A, gaining 15 points in six matches and thus advancing to the next round.

In the EFL Cup last year, Arsenal reached the semi-finals. Liverpool were first cleverly held to a 0-0 draw with ten men at Anfield, but then lost the return in front of their own crowd 0-2. Since the 2014/15 season, the London team has always gone beyond this third round.

At Arsenal, Emile Smith Rowe is still absent. He is expected to return at the end of this month. Right-back Takehiro Tomiyasu dropped out against FC Zurich in the Europa League with a muscle injury, and his position could now possibly be taken by Cedric Soares. In addition, it is likely that Arteta will rotate some reserves into the squad for this game in the second cup tournament.

Unlike Arsenal, Brighton have already played a game for the EFL Cup. In the previous round, number six of the Premier League took on Forest Green Rovers, a team that plays at the third English level. A neat victory for Brighton. It took a while for the goals to fall, but at the end of the second half, Deniz Undav managed to score a goal. Not much later, in injury time just before half-time, Steven Alzate doubled the lead. With a 0-2 lead, Brighton’s men came out of the dressing room after half-time. It looked like the match would end that way, but in the 94th minute Evan Ferguson also scored the third.

In the Premier League, Brighton is doing fine. Last weekend, Roberto De Zerbi’s team played against Wolverhampton Wanderers. After ten minutes, Adam Lallana brought his team into the lead, but the opposition had an immediate answer: 1-1. A penalty put Brighton 2-1 behind, but even before half-time Kakoru Mitoma equalised. After half-time, the chances took a long time to be created. It was Pascal Gross who secured the win for Brighton in the closing stages.

Previous encounters suggest to us that things are fairly evenly matched. Of the 12 times Arsenal and Brighton have faced each other, Arsenal managed to win five times. Brighton went away with the win four times. Three times the game ended in a draw. The most recent duel was played on 9 April this year. Brighton won the match 1-2, away at Arsenal at the Emirates Stadium. Thanks to goals from Leandro Trossard and Enock Mwepu, Brighton took the lead. Martin Odegaard’s counter-goal was unfortunately not enough for Arsenal.

So the teams are quite evenly matched. Based on previous encounters, both teams have a chance of winning. Yet Arsenal is in better shape. The Gunners are therefore the big favourites with the bookmakers. Based on recent results, we agree with the bookmakers. Arsenal have managed to keep zero for three games in a row. We think another match can be added to that. Our betting tip is: Arsenal win and keep the zero. Bet365 puts odds of 7/4 against that.