The future of Adrien Rabiot has long been in the headlines.  The French midfield player made it clear he did not want to remain at current club, Paris Saint-Germain having refused to sign a new contract.  It is thought the problems started when he and Kylian Mbappe turned up late for a team meeting and were dropped from the team.

Since his refusal to sign a new deal at the Parc des Princes, Rabiot was forced to train with the reserves.  He was then suspended by the club until the end of March for going to a night club following the loss to Manchester United in the Champions League. 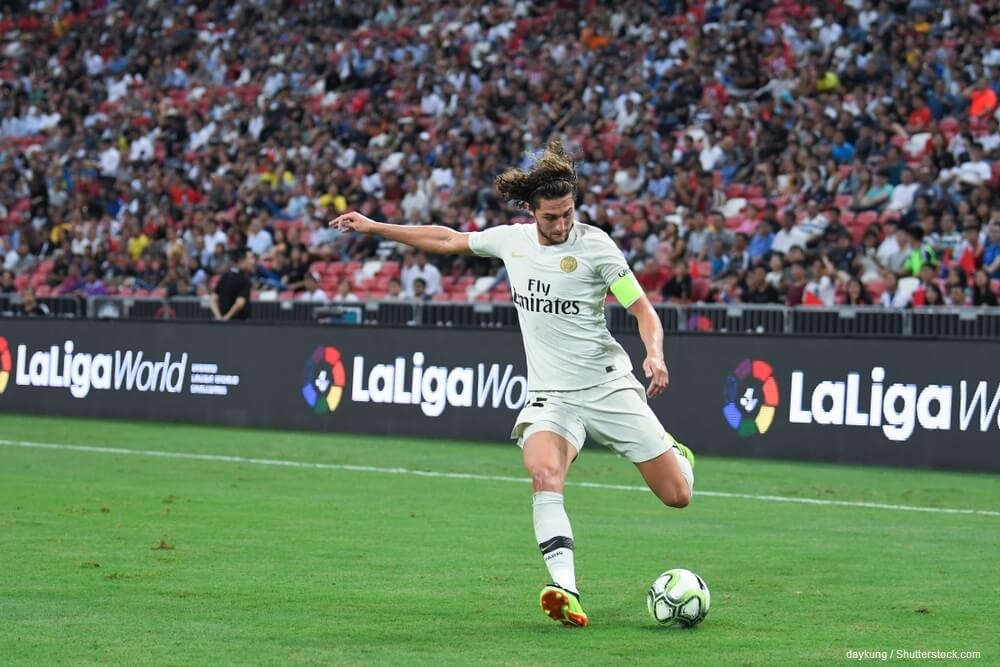 What is All the Fuss About?

Since his troubles at PSG started, Rabiot has been looking for a move away from the club.  The 24-year-old’s contract expires at the end of June and despite his young years, has plenty of experience at the top of the game.

Rabiot has made close to 250 senior appearances and has 13 trophies to his name.  He has 6 caps for France and made his name in a PSG midfield despite facing competition from Thiago Motta, Blaise Matuidi and Marco Verratti.

When PSG defeated Barcelona 4-0 in the Champions League, Rabiot won rave reviews for his performance and it earned him a rare 9/10 from L’Equipe.  No wonder Premier League clubs are keen to sign the player.

However, his refusal to be on the standby list for the 2018 French World Cup squad, in addition to the late arrival for the team meeting highlighted above, left a bitter taste in the mouth of fans.  It appears Rabiot’s time in France is up but there is no doubt he has the talent to succeed at the highest level.

Which clubs would be willing to take a risk on signing Rabiot?  Perhaps a club such as Arsenal, who perhaps may struggle to attract big name players this summer without the pull of Champions League football.  Rabiot would have little trouble commanding a place in central midfield, especially following the departure of Aaron Ramsey.

Arsenal at 2/1 with 888Sport to sign the player this summer.

Liverpool are also looking to strengthen their options in the centre of the pitch but the wage demands could be a problem.  Liverpool are 6/1 to sign Rabiot in the summer transfer window.

Chelsea, Manchester United and Tottenham Hotspur seem to be out of the running and they are each priced at 12/1 to sign Rabiot this summer.

Perhaps Rabiot will snub the Premier League completely and opt to join former Arsenal man, Aaron Ramsey, in the midfield of Juventus?  The Italian giants have strongly been linked with a move for the French international and it appears a move could be sealed as soon as his contract expires at PSG.

At the time of writing, Rabiot is 14/1 with Betfair to make the move to Turin but expect that price to drop significantly soon.