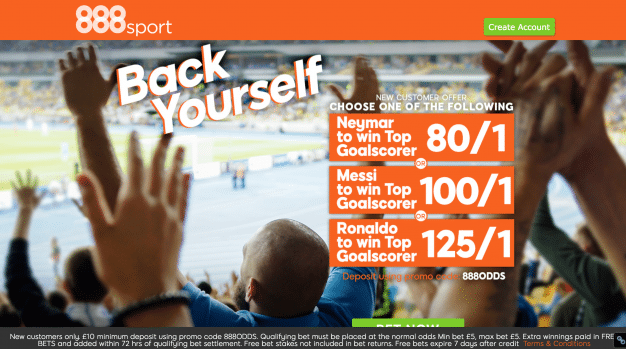 The World Cup is now just a week away and excitement is really ramping up ahead of the biggest sporting event in the world. Russia will be the setting for 2018 World Cup, and this could well be the final World Cup for two of the best players in the world; Cristiano Ronaldo and Lionel Messi. The two superstars are now 33 and 30 respectively, and it is hard to envisage Ronaldo playing in another World Cup at the age of 37, whilst Messi has already retired from international football once before. Both will be desperate to fire their sides to glory and a Golden Boot win at the World Cup would surely be enough for either of these two to win the Ballon d’Or yet another time.

Another player with the weight of his countries expectation on his shoulders is Neymar. The most expensive player in the world returned from a three-month injury layoff with a goal against Croatia at the weekend, and Brazilians around the globe will be hoping that the forward can bring his best form to Russia. Neymar suffered a tournament ending injury in Brazil four years ago, and that resulted in his beloved Brazil side being humiliated 7-1 by Germany in the semi-finals. Neymar will be hoping that he can avenge that defeat this time around and he will be raring to go when the tournament kicks off in a week.

These three players are all featured in 888Sport’s new customer offer, which gives you the chance to take advantage of huge price boosts when betting on any of these three to be the top scorer at the tournament. They are offering odds of 80/1 on Neymar to be top scorer, 100/1 on Messi and 125/1 on Ronaldo. As you can see, these are huge price boosts and are certainly not to be sniffed at.

This is a really easy offer to take advantage of and all you need to do is sign up for an 888Sport account and deposit £10 into your account using the promotional code, ‘888ODDS’. Once you have deposited the money into your account, place a £5 bet on any of these three players to be the top scorer at the tournament and 888Sport will boost your price to these odds.

Along with Antoine Griezmann, these are the three favourites for the award and so being given the chance to back them at these odds seems too good of a chance to turn down!