The main talking point in Group D of the 2019 Women’s World Cup is the rivalry between neighbours England and Scotland, however the presence of Japan makes this one of the most competitive groups in the entire competition. Ahead of the first match in France, let’s take a closer look at those involved in this group, including the match schedule, team news and betting odds, perfect for fans looking to brush up on their knowledge.

2019 SheBelieves Cup champions England travel to France as one of the outsiders to claim a first ever World Cup success. Manager Phil Neville lead the Lionesses to an unbeaten record during their qualifying campaign, in which they dropped just two points, in a group which contained Wales and Russia, among others. England are up to fourth in the world rankings, as they come into the tournament off the back of a 2-1 win over Spain. 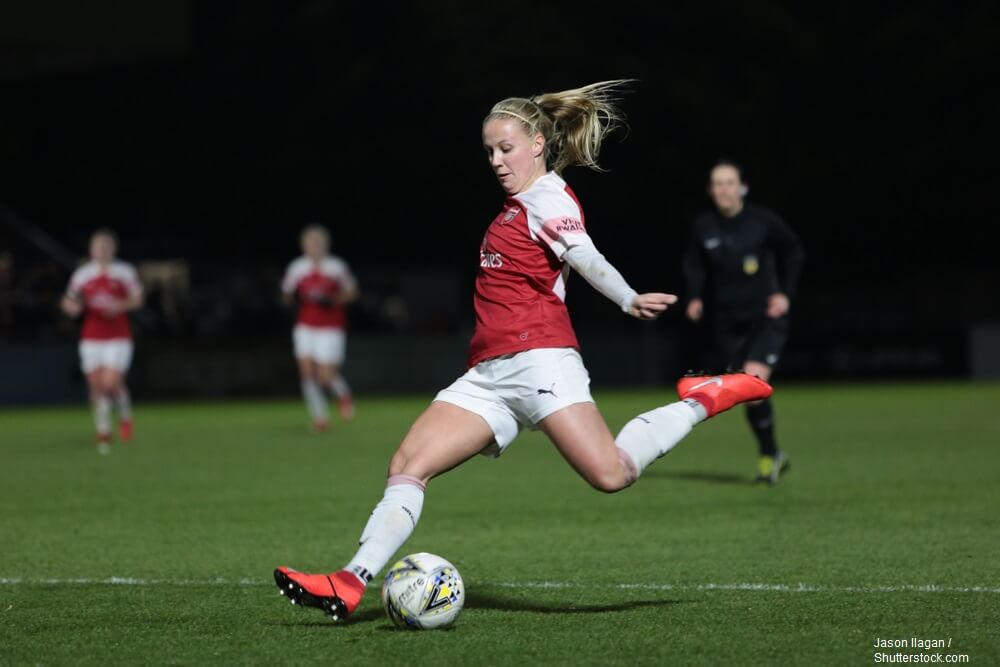 Neville has a playing squad packed full of talent and experience, with the attacking options of Beth Mead, Toni Duggan and Fran Kirby set to cause the defences of their opponents all sorts of issues. Elsewhere, Captain Steph Haughton is one of three players who come into the tournament with over 100 international caps to their name. Having been dramatically beaten by Japan at the semi-final stage in Canada four years ago, the Lionesses will be hoping to go at least one better this time around, with their opening match against Scotland providing a stern test of their credentials in France.

Scotland won seven out of their eight qualifying matches to finish top of their respective group, meaning that they will take part in their first ever World Cup. Head Coach Shelley Kerr has been in charge of the national team since 2017, with their recent friendly win over Brazil demonstrating their potential in France. Kim Little scored the only goal of the game in that win in April, with the Arsenal midfielder having the creativity to unlock any defence on her day.

The Scottish squad is dominated by players based in both Scotland and England, with the likes of Jane Ross, Rachel Corsie and Jennifer Beattie all having over 100 international caps. Scotland finished fifth in the recent Algarve Cup, where they narrowly defeated Denmark in their final match. It remains to be seen as to how the Scots will fair in their first ever Finals outing, however an opening encounter against rivals England is perhaps the perfect way to start.

Despite being one of the lowest ranked teams in the competition at No.37, Argentina will be hopeful of causing an upset in France this summer. Qualifying for the Finals following a 5-1 win over Panama in their CONCACAF–CONMEBOL play-off tie, Head Coach Carlos Borrello will be looking towards Lyon striker Sole Jaimes to provide the spark for Argentina in their Group D clashes. Argentina failed to qualify in both 2011 and 2015, while they lost all three group matches in their two previous World Cup campaigns in 2003 and 2007.

Argentina do not come into the tournament in any kind of form however, having lost out to South Korea, New Zealand and Australia in the FFA Cup of Nations, scoring just a single goal in the process. They face Uruguay in their final match before the World Cup gets underway, with their experienced squad knowing that they must return to form sooner rather than later.

2011 World Cup winners Japan are last but my no means least in Group D, with the 2018 AFC Women’s Asian Cup champions likely to once again be a major threat this summer. Head Coach Asako Takakura has a hugely talented squad to select from in France, with just two players being based outside of Japan, in Lyon’s Saki Kumagai and Reign FC’s Rumi Utsugi. The duo make up an experienced Japanese squad heading to France, with striker Mana Iwabuchi likely to provide the biggest goalscoring threat for the 2012 Olympic runners-up.

Having been beaten convincingly by England at the 2019 SheBelieves Cup, Japan have followed up such disappointment by suffering a further defeat to World Cup hosts France, before registering a respectable draw against Germany. Do not be surprised if Japan once again make it through to the latter stages in France, with Takakura’s side knowing how to perform on the biggest stage.

Player of the Tournament: