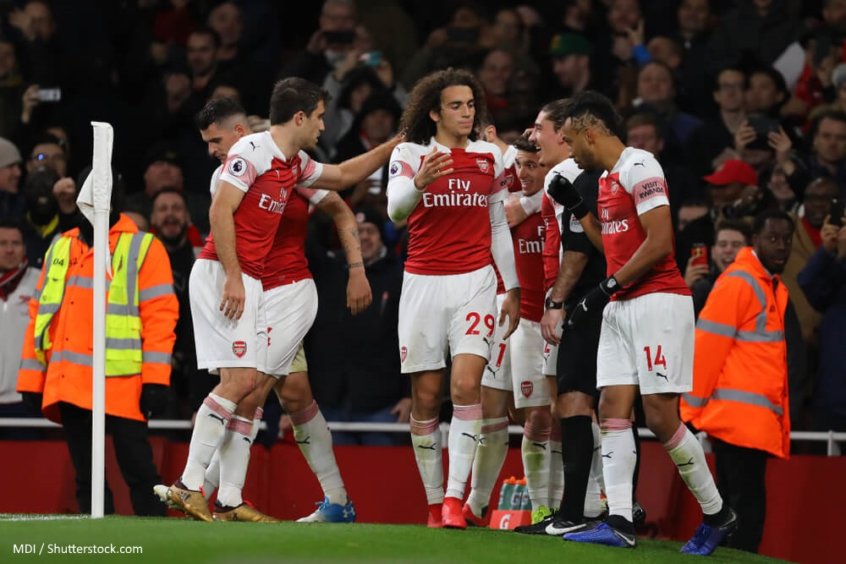 The 28th edition of the English Premier League starts on August 9 with a game between European champions and Premier League vice-champions Liverpool, and newly-promoted Norwich City. The strongest football league in the world will get its overture with the Community Shield encounter between champions, FA Cup and League Cup winners, Manchester City, and Champions League winners Liverpool.

Last season, it was a two-horse race between Man City and Liverpool and the Citizens managed to defend the title by finishing one point ahead of the Reds. Liverpool are the most serious candidates to end Man City’s domination and prevent them from winning the third Premier League silverware in three years. Manchester United and Arsenal disappointed as they ended outside the Champions League places while Tottenham Hotspur and Chelsea completed top four.

The Premier League clubs spent nearly £900 million on new arrivals so far in this transfer window as they continue to be the biggest spenders out of all European top 5 leagues. Interestingly, none of the top six teams spent the most money this summer.

The defending champions Manchester City are the biggest favourites to win their third title in a row. Pep Guardiola splashed the cash on former Atletico Madrid midfielder Rodri, paying £65 million for his services. City also brought left-back Angelino from PSV after selling him to the Dutch team last summer.

Vincent Kompany left to Anderlecht on a free transfer while Fabian Delph joined Everton for £8.5 million. Sergio Aguero, Raheem Sterling, and Bernardo Silva will continue to be critical players in the attack, and Guardiola’s side is pretty much unchanged from the previous season, so it is not strange why Betfred gave 8/15 odds on the Citizens to win the trophy.

Liverpool are still waiting for the first domestic title since 1990, and they were agonizingly close last year, suffering only one defeat in the entire campaign. However, they fell short in the end, but the Reds did win the Champions League after beating Tottenham in the final. Now, they will try to bring the Premier League title back to Anfield finally. Unlike their rivals, Liverpool haven’t spent big this summer, and they even made a profit with the sale of striker Danny Ings to Southampton.

Jurgen Klopp is apparently happy with the strength of his squad and is delighted to have Alex Oxlade-Chamberlain and Adam Lallana back from lengthy injuries. With the lethal front three; Mohamed Salah, Sadio Mane, and Roberto Firmino, and the best defence in the league, led by Virgil van Dijk and goalkeeper Alisson, Liverpool are the second-biggest favourites to lift the trophy at 11/4 with William Hill.

Tottenham Hotspur haven’t spent a single pound in the last two transfer windows, but after finishing in the 4th place in 2018-19 and losing to Liverpool in the Champions League finals, Mauricio Pochettino decided to change his spending strategy a bit. He brought central midfielder Tanguy Ndombélé from Lyon for £55 million while Pochettino also bought teenage winger Jack Clarke from Leeds United. Lucas Torreira of Arsenal is congratulated after scoring the opening goal

Tottenham loaned him back to Elland Road for the 2019-20 campaign. Kieran Trippier moved to Atletico Madrid in a somewhat surprising transfer; striker Vincent Janssen joined the Mexican side Monterrey while Fernando Llorente became a free agent. Highest odds on Spurs to win the Premier League can be found with Paddy Power, who is offering 20/1 odds. While that is a longshot, you can go with a safer bet and back Tottenham to finish in Top 4 at 4/7 with 888Sport.

On the other hand, Ander Herrera and former captain Antonio Valencia went to LDU Quito and PSG on free, respectively. The Red Devils are 40/1 with Betway to lift the Premier League trophy, but they are still not good enough to compete with Man City and Liverpool. Getting back into top four should be Solskjaer’s primary objective, and United are 5/4 to return to the Champions League for the 2020-21 season.

Chelsea are also 40/1 to win the Premier League, and SkyBet is offering the highest odds while the Blues are 3/2 to stay in top four after finishing the previous campaign in the 3rd place. They hired Frank Lampard as new manager following Maurizio Sarri’s departure for Juventus, and the holding Europa League champions could be facing a lot of trouble this season.

Namely, they are under a transfer embargo and brought only Mateo Kovacic who was on loan at Stamford Bridge from Real Madrid. Chelsea sold their best player Eden Hazard to Real for £90 million and actually made around £70 million profit this summer. Lampard will have a tough job to keep the Blues in top four while they shouldn’t be anywhere near title this year.

Arsenal were left empty-handed once again in the 2018-19 season as they missed out on the Champions League and lost to Chelsea in the Europa League finals. Unai Emery got a couple of teenagers this summer; centre-back William Saliba from St Etienne, and Gabriel Martinelli from Brazilian side Ituano. Saliba is loaned back to St Etienne and will spend the next season there while Lille’s forward Nicolas Pepe is very close to joining the Gunners. We could see that move in the coming days.

Aaron Ramsey joined Juventus on a free transfer after Arsenal pass on the opportunity to tie him up with a new contract. Petr Cech retired; Stephan Lichtsteiner and Danny Welbeck became free agents while goalkeeper David Ospina left for Napoli. The Gunners get midfielder Dani Ceballos on loan from Real Madrid, and he could play a significant role for Emery’s side in 2019-20. Although their attack is very good, Arsenal still have a criminally leaky defence, and with lack of quality at the back, you can’t win titles. They are 66/1 to win the Premier League and 3/2 to finish in Top 4.

Newly-promoted Sheffield United and Norwich City are the most serious candidates to instantly return to the EFL Championship, while Brighton and Burnley are also in the mix. In all honesty, the Blades and Canaries do have the weakest individuals in their respective squads. However, we learned good individuals (on paper) could not guarantee you elite status, as it was the case with Fulham last season. Still, Sheffield United are 8/11 to relegate while Norwich City are 1/1 to return to the second tier.

Burnley and Brighton survived last year but will face another relegation battle this time around. The Clarets kept the core of their squad and added forward Jay Rodriguez and left-back Erik Pieters. Manager Sean Dyche will work with pretty much same players in 2019-20. That is a good thing for Burnley, who are 2/1 to drop down to Championship, and they have a solid chance to stay up for another year.

Brighton, on the other hand, might encounter more problems in the relegation battle as they had just two points more than the 18th-placed Cardiff City in 2018-19. They did bring Leandro Trossard from Genk, and he scored 17 goals for the Belgian side last year, but whether he is good enough to play in the Premier League remains to be seen. Same as Burnley, Brighton are 2/1 to relegate to the Championship, and you should consider betting on them to go down.

Newcastle United parted ways with manager Rafa Benitez and hired Steve Bruce instead, which was a highly unpopular decision by owner Mike Ashley, according to Newcastle’s fans. Bruce immediately spent club’s record £40 million on striker Joelinton from Hoffenheim while he sold Ayoze Pérez to Leicester City for £30million. Although with better players in comparison to Brighton and Burnley, the Magpies could struggle to stay in the Premier League, and they are also 2/1 to relegate.

Another team at 2/1 are Aston Villa, and despite spending the most money on arrivals in this transfer window, even ten new players will need time to adjust and develop good chemistry. That could be a stumbling block for Dean Smith’s team who made it to the Premier League by winning the Championship play-offs by defeating Derby Country at Wembley.

All in all, we should expect another two-horse race for the Premier League title this year between Manchester City and Liverpool. On the other hand, at least six clubs will battle relegation this season. Ten exciting months are upon us, so fasten your seatbelts and enjoy the ride.